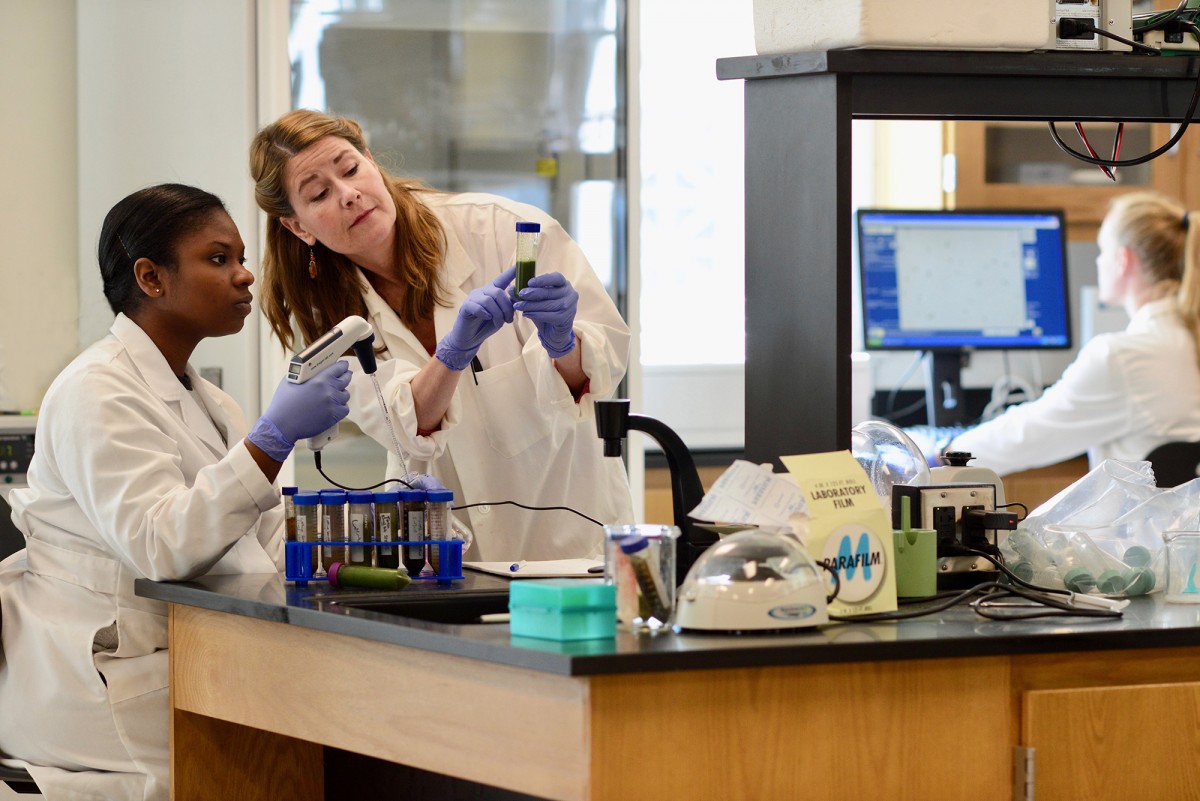 Belhaven University’s Associate Professor of Biology Dr. Elizabeth Brandon and a team of student researchers are discovering foundational research toward a breakthrough in the fight against cancer.

According to Belhaven, the university’s team is revealing preliminary data that shows a low concentration of kale juice can actually kill a type of liver cancer cell, called HepG2.

“It’s a different way of looking at food,” said Dr. Brandon, who started this type of research 10 years ago. A student, interested in working with kale juice and its effects on melanoma cells, gave her the idea. Since then, she and other biologists have studied cava, mimosa, green tea, pomegranate, blueberries, and many other plants.

According to Dr. Brandon, plants are already being used for modern cancer treatments. Taxol, extracted from the Pacific Yew tree, is one of the most popular and effective modern anti-cancer drugs.

“There are thousands of species of plants that have never been researched, many of which may have great potential as treatments for disease,” she said.

Scientists who are doing natural product research focus on the compounds that could have some anticancer effects.

“They do this based on what is already known about the compounds that interfere with cancer cell division or DNA replication,” noted Dr. Brandon. “They try to isolate the molecules that have similar structures and then test out these chemicals individually on the cancer cells.”

Belhaven’s researchers are taking a different approach. They are using these chemicals in their natural forms. “We are studying the effects of whole forms rather than trying to isolate bioactive compounds to discover potential drug therapies.”

The experiments begin with growing cancer cells in Petri dishes. Dr. Brandon and her team then make different extracts and whole juices, or ethanol extracts from boiling the plants. “We have to pair cancerous cells with the same type of cells that are noncancerous to try to understand the mechanism by which the chemicals in kale juice work,” said Dr. Brandon.  “If we see that both kinds of cells are killed by a whole juice or a plant extract, then we move on to the next plant.”

Kale isn’t the only plant yielding interesting results. One of the compounds being researched by the team is derived from a species of shrub native to South America, called Mimosa Tenuiflora. “Mimosa bark has been used for thousands of years as a remedy for several ailments and has very little scientific literature regarding its medicinal properties, and no known literature investigating its anti-cancer properties,” said Lawrence Martin, a junior biology major from Cleveland, Ohio.

“The research we are conducting is significant due to the fact that we are working with natural products of which there is no known anti-cancer literature, and we are gathering data that is new to the scientific community. In fact, our data suggests that certain extracts of Mimosa Tenuiflora have cytotoxic effects on cancer cells,” observed Martin.

In addition to liver cells, the team is now growing a breast cancer cell line, called MDA-MB436, that they will test with low concentrations of kale juice extract to measure any cytotoxic effects. They have also conducted the kale experiment on colon cancer cells and found that the concentration for liver cancer cells was not toxic for their colon cancer samples.

This process of trial and error is paving the way to new discoveries and giving researchers a way to document these largely undocumented experiments. When the research team finds certain plants that kill or slow the growth of cancer cells, they make that information available to the public.

“Since we are the first to research the anti-cancer properties of the Mimosa Tenuiflora plant, it will be important to publish our data in an effort to gather attention from other researchers,” Martin noted. “Our data will be publicly available, and we hope that other scientists will be able to build off of what we have found.”

Presley Wants You! Join the “No Call Force”