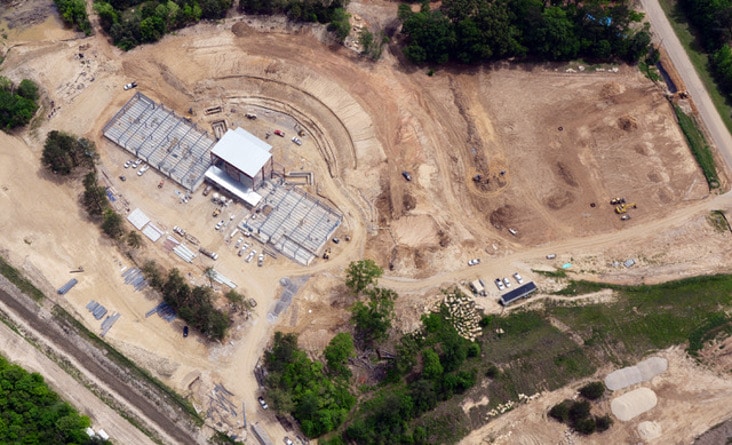 Brandon City officials, along with Red Mountain Entertainment, announced the first acts slated to perform at the newly developed Brandon Amphitheater as part of the C Spire Concert Series. With a flexible capacity of 7,000 – 8,300, the Amphitheater is comprised of lower- and upper-level seating, box seats, state-of-the-art audio and video infrastructure, complete with LED video walls. There will be ample concession windows and beverage kiosks throughout the venue. The Community Bank Club is a private VIP club for Amphitheater sponsors and box seat holders.

The first wave of acts announced to perform at the new Brandon Amphitheater are:

Brandon city officials say that many more great concerts will be announced in the coming months.

City officials began laying out their vision in 2014 to bring about more tourism, recreation and lifestyle improvements to one the fastest growing cities in Mississippi through an entertainment venue and surrounding 250-acre park.

“The Board of Aldermen and I began brainstorming this idea years ago, and it took a lot of people to bring this to fruition,” said Brandon’s Mayor Butch Lee. “From the beginning, the city’s goal for the Brandon Amphitheater and The Quarry was to create a quality family-centric atmosphere that will bring more economic growth and increase tourism to our city, as well as the State.”

Highlighting the natural terrain of the area, the Brandon Amphitheater sits on 250 acres designed for family lifestyle activities. The surrounding park, also known as The Quarry, will include walking and biking trails, a dog park and tournament equipped baseball fields.

The city is working closely with concert promoter Red Mountain Entertainment to secure top-name artists for the venue.

“Sitting at the crossroads of the South between Memphis, New Orleans, Dallas and Atlanta, this world-class venue will allow the City of Brandon to bring the caliber of artists this region craves,” said Jay Wilson of Red Mountain Entertainment. “As we’ve seen with similar venues, the Brandon Amphitheater at The Quarry is sure to have a positive economic impact on Central Mississippi and create many lasting memories in this community for years to come. We are extremely excited this day has finally come after all the effort that has gone into this project. We look forward to making this a success for both the City of Brandon and the state of Mississippi,” continued Lee.

“We’re excited about the initial line up of artists and acts at this new, high quality, fan oriented music venue as part of our C Spire Concert series program,” said Jim Richmond, Vice President of Marketing for C Spire. “We’re especially pleased that fans will get to enjoy performances that showcase a variety of different music genres and backgrounds.”