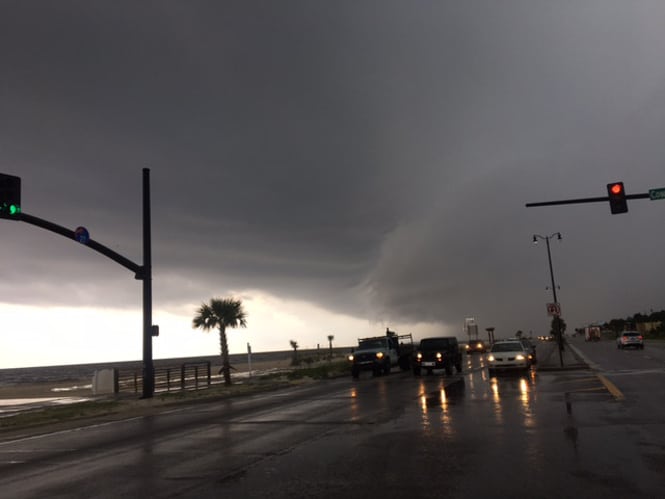 Biloxi officials are saying that they are preparing for Category 1 Hurricane Nate and have mostly cleared the harbor.

“I just can’t say enough about these boat owners, they’ve been very cooperative,” said Larry Sablich, Port Division Manager. “About 90 percent have evacuated from the city’s front beach harbors and marinas, and we have about a dozen and a half that will be evacuating from the Sherman Canaan commercial dock on Back Bay Saturday morning.”

Sablich said boat owners, approximately 300 in all, were originally told they could have until Saturday at noon to move their vessels, but once the storm’s project path appeared to shift westward, heightening the threat to Biloxi, the boat owners were notified to relocate their vessels Friday.

“They were understanding and did their part,” Sablich said. “We still have a few issues with out-of-town boat owners and a couple boats that appear to be broken down, but we’ll deal with those issues Saturday.”

The city, as part of its lease with boat owners, requires boat owners to relocate vessels when storms threaten. Moving vessels helps minimize damage to piers and amenities, protects the vessels themselves, and allows boats to relocate to Back Bay rivers before winds reach 35 mph, when area bridges will not open for marina traffic.

The city says they also have a debris contractor standing by if needed and is ready to handle any debris that may come in the wake of Tropical Storm Nate.

City Engineer Christy LeBatard spoke this afternoon with the Mobile-based firm, which was one of three contractors that helped haul away more than three million cubic yards of debris throughout the city in the weeks and months after Hurricane Katrina.

“The city’s contract, which we locked in three years ago, calls for the contractor to begin mobilizing 24 hours after the storm and have equipment and manpower here, if needed,” LeBatard said. “The Engineering Department, probably on Sunday afternoon, will perform a windshield estimate of the amount of debris throughout the city. That information will help the administration make a decision, working in concert with the City Council, on whether the debris can be handled by the city’s Public Works Department or if we need to exercise the contract.”

Factors in the decision, Chief Administrative Officer Mike Leonard said, will include the amount of debris, how long it would take to clear, and whether federal or state reimbursement would be available  under any disaster declaration.

In addition, the city’s hurricane sirens are sounding in the town to raise awareness that the city is under a hurricane warning. The sirens will sound Saturday at 7 a.m., 1:00  p.m. and 7:00 p.m.

Five shelters are scheduled to open Saturday afternoon at 2:00 p.m. for those individuals who feel vulnerable because of the threat of Tropical Storm Nate.

The City of Biloxi also said that their transportation system, Coast Transit, is prepared to assist local residents with evacuation transportation if mandatory notices are given for low-lying areas.