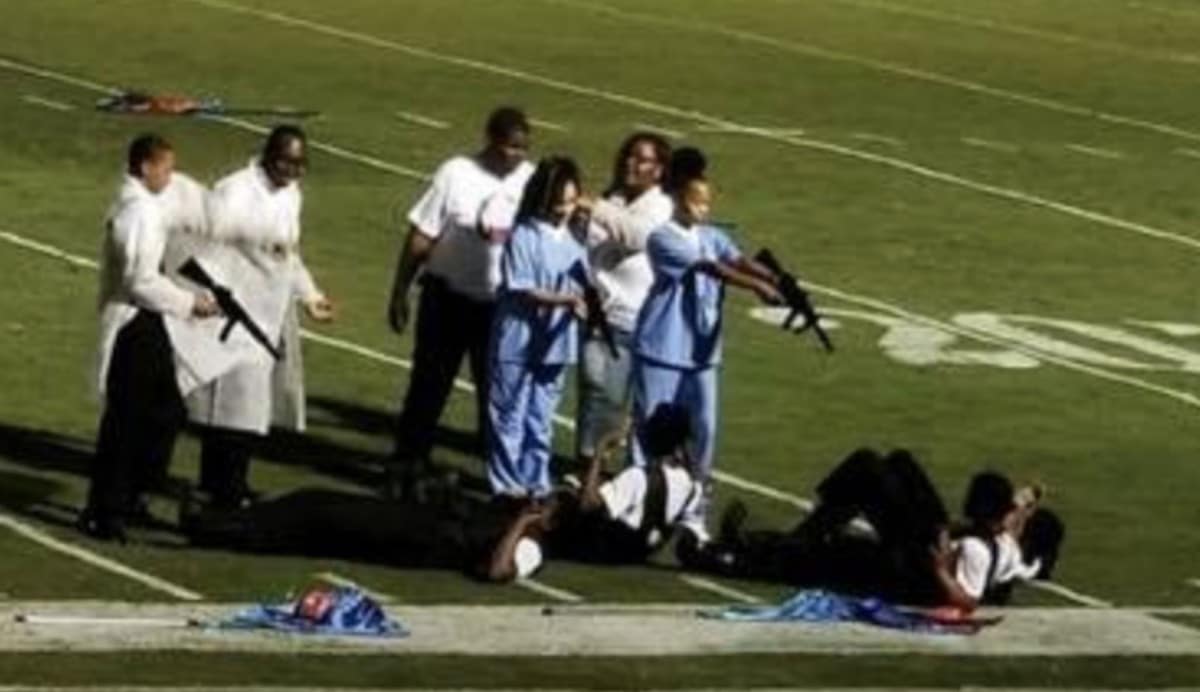 Brookhaven leaders are asking the Mississippi High School Activities Association to reverse the penalty on the Forest Hill students.

After Forest Hill band students performed a halftime show at Brookhaven high School which depicted the students dressed as doctors and nurses holding SWAT team members at gunpoint, MHSAA banned the Forest Hill HS band students from participating in any shows for the remainder of the school year.

The performance came just days after two Brookhaven police officers were killed in the line of duty.

Brookhaven’s Mayor and Board of Alderman passed a proposal requesting that the ban be lifted saying that the students should not be punished, because they were acting in the direction of their band director. 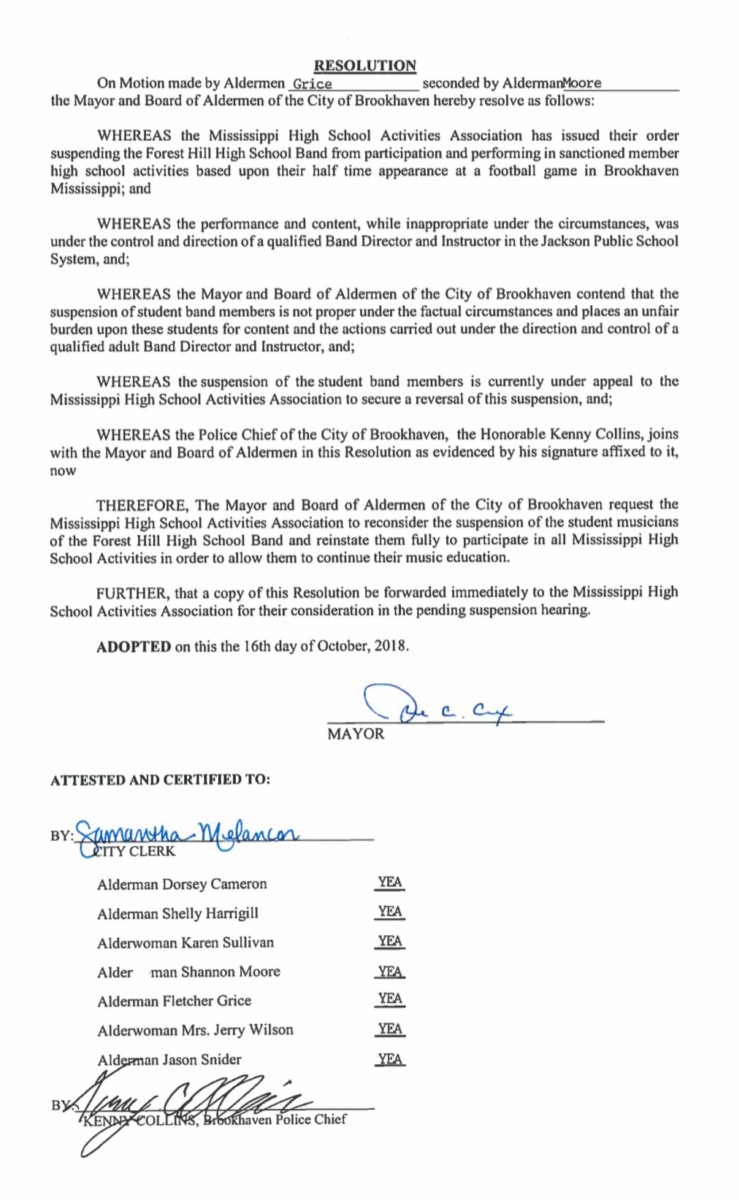 In a statement from Brookhaven Mayor Joe Cox, District 92 Representative Becky Currie, District 39 Senator Sally Burchfield Doty and District 53 Representative Vince Mangold the leaders reinforced their point of view on the matter saying that as members of the local government it was their responsibility to contact various agencies and individuals to express their concerns over the halftime skit.

“We expressed our concerns regarding the skit and its lack of respect demonstrated toward law enforcement, especially in light of our two Brookhaven Police Officers killed in the line of duty on September 29th,” the statement reads. “In addition, we have sought clarification regarding laws and safety policies related to real and toy guns on school campuses, but we did not seek reprimands toward students performing in the band or skit.”