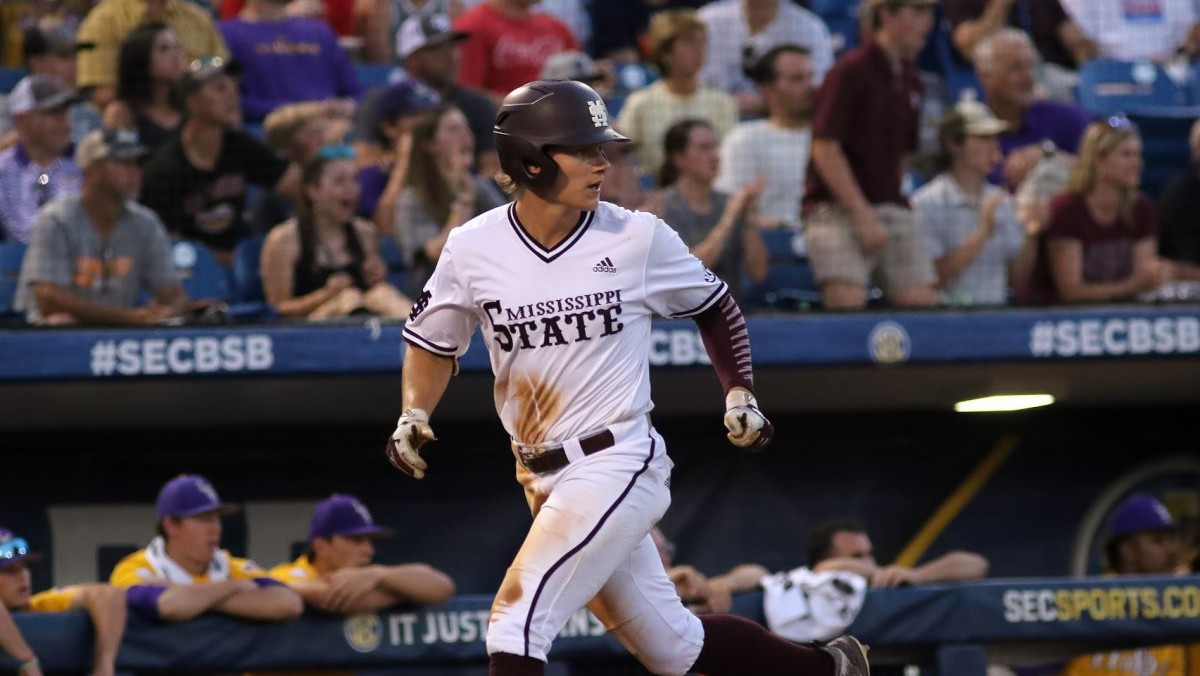 Mississippi State needed 17 innings on Wednesday night to dispatch LSU, it only took the Tigers 7 to return the favor on Friday, as the Bayou Bengals eliminated the Bulldogs from the SEC Tournament in a mercy rule-shortened 12-2 decision. State gave up all 12 runs in the third and fourth innings, as JT Ginn went from sharp and locked in to wild and taken out in a matter of moments. For MSU, the sting of defeat will certainly be lessened on Monday, as the Bulldogs will find out what national seed they have received and which teams will be headed for Starkville for regional action in the NCAA Tournament.

WATTY!!!! @Watson2068z doubles down the left field line to make it an 8-2 game! #GeauxTigers🐯 pic.twitter.com/MgEk3axW6Y

It got away from MSU pretty quickly on Friday, after JT Ginn retired the first seven batters he saw, the Tigers would reach base with seven hitters in a row to open a 5-0 lead. After State replied with 2 runs in the bottom half of the third, LSU would strike for seven more rules to put the game on ice. After the second inning, the Tiger batters just consistently made solid contact, even their outs were loud. For Ginn, that’s twice this season LSU has been able to chase him early. State will need him to shake that off quickly with postseason play starting up.

Memorial Day won’t just be for grilling, as the NCAA Tournament field will be announced that afternoon. Mississippi State will be selected as one of the eight national seeds, guaranteeing them home-field advantage through the regional and Super Regional rounds. We’ll have live coverage of that on Monday, and SportsTalk Mississippi will be on the air to break down all of the brackets.

Historical Landmark to be unveiled in Desoto County