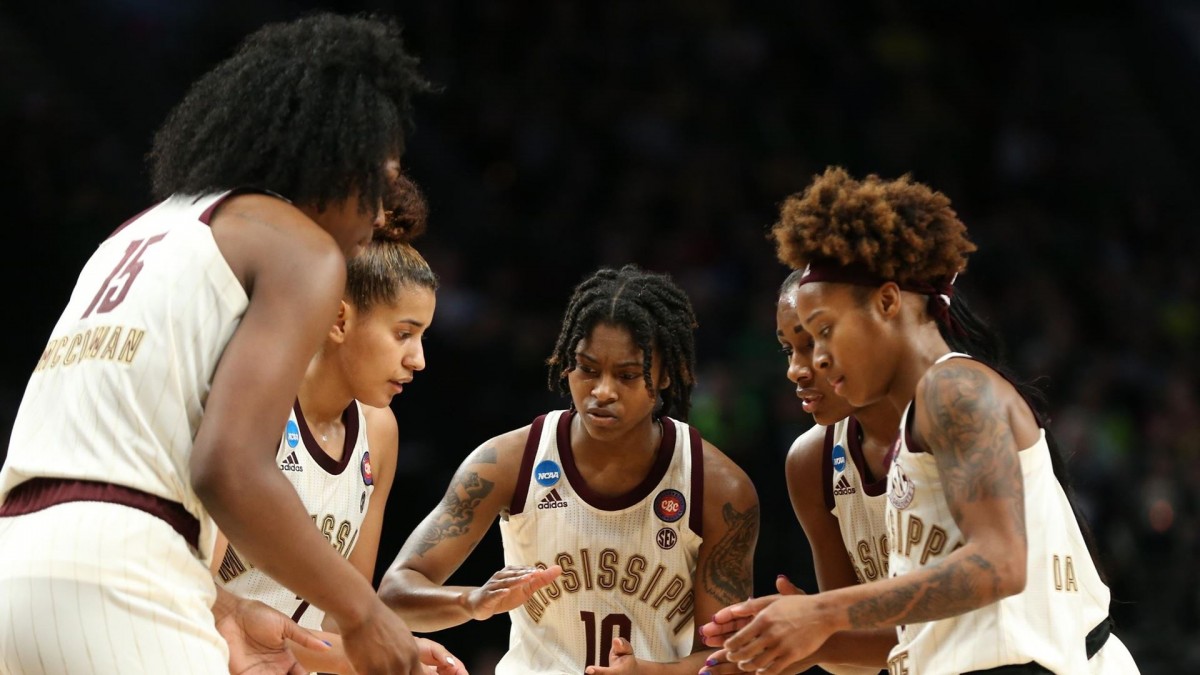 Mississippi State’s quest to return to the NCAA title game came to an end in the Elite Eight yesterday with an 88-84 loss at the hands of the Oregon Ducks.

While the Bulldogs were the “home team”, the game was played in front of a pro-Oregon crowd inside of the Moda Center in Portland, and the crowd erupted as Sabrina Ionescu hit a dagger three to give the Ducks a 6-point lead with just over a minute left to play.

The Bulldogs battled what head coach Vic Schaefer called a “hostile environment” all game long, but they put up a fight until the end.

For the first time in the tournament, the Bulldogs trailed at halftime, and even with foul trouble in the 3rd quarter, MSU was able to tie the game at 59-59 heading into the 4th quarter.

The Ducks, however, would take control of the game by scoring the first 5 points of the final quarter and MSU would never pull ahead.

Before Ionescu hit the dagger three to extend the Ducks’ lead to 81-75 with 1:12 left, the Bulldogs failed to capitalize on a charge call against Oregon.

Down 6 with :54 left, Bre’Amber Scott would force a turnover and make a layup, but Oregon’s Maite Cazorla hit another 3 to further extend their lead. From there on out, the Bulldogs didn’t have enough time to mount a comeback, and their season came to an end.

“I just thought my team was just phenomenal,” Schaefer said. “I mean, I couldn’t be prouder of them for how hard they played, how hard they fought against a really good team. I’ve watched a ton of film. I’ve not seen [Oregon] make that many threes in a while. They made shots today. You got to take your hat off to them. When you make shots in a big game like that, you got to tip your hat to them.”

In her final game as a Bulldog, Teaira McCowan led the way with 19 points and 15 rebounds, which was her 70th career double-double. After the game, McCowan told ESPN that she’s not going to hang her head.

“A loss is a loss, you know? It doesn’t feel good,” McCowan said. “But I’m proud of my team, my coaching staff we got this far. We had a great season. Nothing to hang our heads on. Yeah, it hurts, but we’ll be OK.”

All of MSU’s starters scored in double figures, but it was Ionescu for Oregon that led all scorers with 31 points.

Jazzmun Holmes capped her final game by matching her career-best with 13 assists and no turnovers while scoring 15 points. Anriel Howard finished with 18 points and six rebounds, and Andra Espinoza-Hunter and Jordan Danberry each scored 12.

The Bulldogs end the year with a 33-3 record after they won their second straight regular season SEC title and their first-ever SEC Tournament title.

The Bulldogs will lose several key pieces of this year’s squad including McCowan, Holmes, Danberry, Howard and Zion Campbell. After the game, the team posted a thank you message to each player.

Teaira, how do we begin to describe the impact you’ve had on all of us? You’ve climbed ladders and broken records, and you’ve become a role model for so many.

We wish you the best of luck in the league, because you’re destined for greatness.

Jazz, you’re the best at what you do, and nothing will make us think otherwise. You put your entire heart into this team, and you took us far.

We wish you the best of luck teaching the next generation, Miss Jazzmun.

Jordan, your hard work came to fruition on the court and in the classroom. Your ferocity in everything that you do is irreplaceable.

We wish you the best of luck in your new city, but we’ll save that announcement for you 😉

Anriel, you were our missing piece. You brought so much joy to our team, our staff and our fans when you became a part of our family.

We wish you the best of luck in what comes next, be it basketball or Lashes’ Lashes.

Zion, you’re an incredible teammate. Whether it’s cheering on your teammates or fixing their hair, you’re always there to lend a helping hand.

We wish you the best of luck continuing your career in advocating for what you believe in.