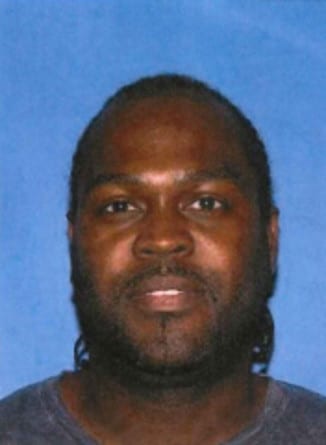 Also known as Darnell “Slick” Turner, he was sentenced to 45 years out of the maximum of 55 and is in the custody of the Mississippi Department of Corrections.

Turner was found guilty by a Hinds County trial jury earlier this month.

He was arrested in April 2016 after being indicted for beating the then-22-year-old mother of one of his children, shooting into the car she was in, and dragging her to a bridge where he strangled her before suspending her over the railing.

After Turner left the scene in the Washington Addition neighborhood in Jackson, he returned and assaulted a person who was trying to assist the initial victim. He then drove the mother of his child home while continuing to beat her.

Turner has been sentenced on charges of aggravated assault with a firearm (10 years), aggravated domestic violence (20 years), and shooting into an occupied vehicle (five years).

Additionally, a protective order requires Turner to stay away from the victim, who is his child’s mother whom he beat up, hung over a bridge while strangling her, then returned to assault her more.

“I’m glad to see a person who has no respect for his own child’s mother put away not only from her but others who could be in his path of violence,” said Attorney General Hood. “Domestic violence is a very serious offense, and to have Judge Weill recognize that through this sentencing should let other offenders know this violence will absolutely not be tolerated, and our office will prosecute it to the largest extent.”

Mayor Lumumba speaks out about JPS, meeting with Gov