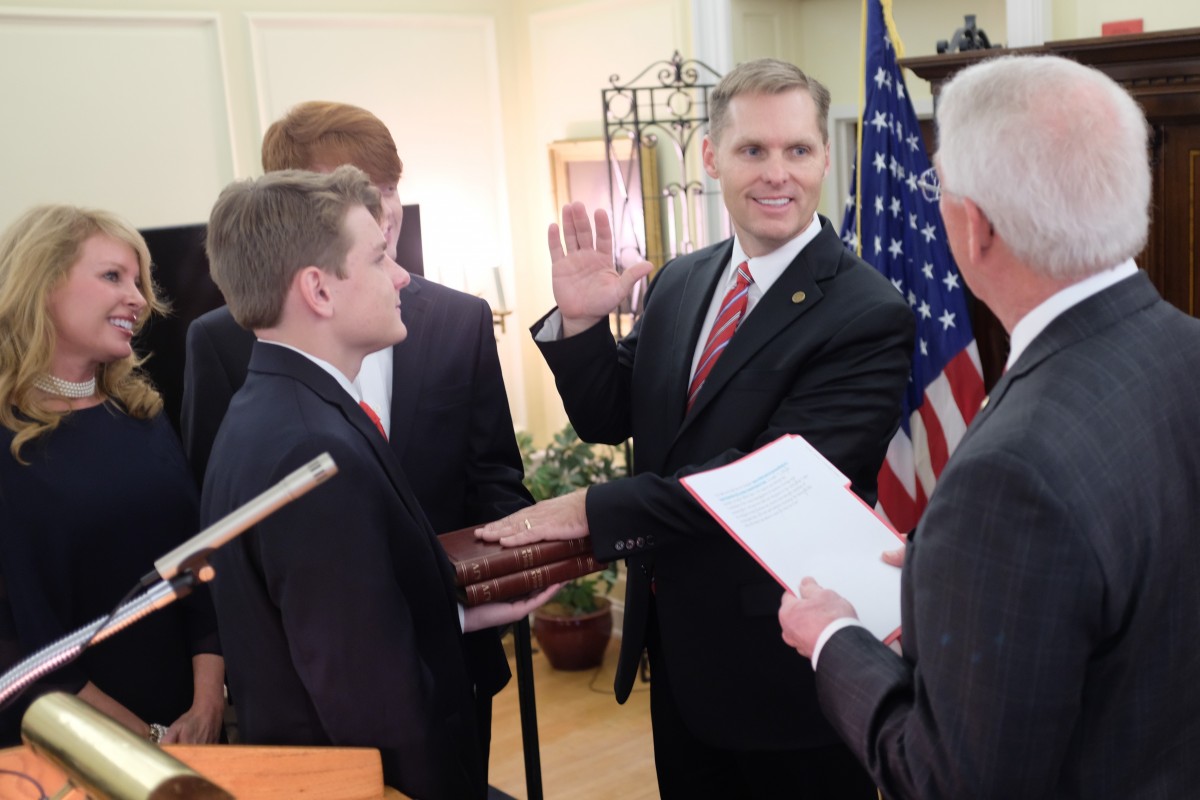 The 116th Congress has been gaveled in, and many new Congressmen and women have been sworn in.

One of those new Congressmen was Michael Guest, who was recently elected to serve Mississippi’s Third Congressional District. Guest succeeds Gregg Harper, who decided not to seek re-election to spend more time with his family.

A longtime prosecutor, Guest arrives in D.C. for his first foray into politics, and during his speech, he stated that he’s ready to represent the state of Mississippi.

Guest was joined by around 150 Mississippians as he took the oath of his new office at the Library of Congress. Also in attendance were Congressmen Harper & Trent Kelly and Senator Roger Wicker.

The new Congressman thanked those who supported him to this point and spoke of working together to create a better nation for the next generation.

“I also take on this responsibility with the support of a great community of leaders, friends, and mentors,” Guest stated. “Each one of you has provided an example of what it means to be a good person, to commit oneself to something greater than ourselves, and to lend a helping hand to ensure that the nation we leave our children and grandchildren has even greater opportunities than those we enjoy. I am humbled to follow in the footsteps of some incredible people who have set a precedent of service for me to follow.”

Guest was the first to announce his candidacy in the wake of Harper’s decision, and he went to win a crowded GOP primary by way of a special election ahead of November’s election.

The 116th Congress will be watched closely after the balance of power shifted in the House to the Democrats in November while the Senate Republicans retained their majority.