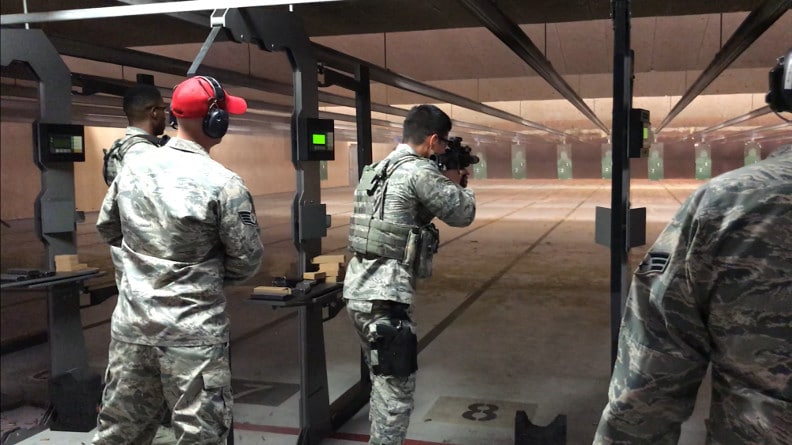 introduced legislation to ensure that all reserve service members are given equal benefits for their service.

The 2012 National Defense Authorization Act allowed the Department of Defense the authority to deploy Guard and Reserve forces for “12304b” or preplanned missions to support combatant commanders. The Guard and Reserve troops that fulfilled these missions and similar duties were denied equal benefits under the written law, which is why a solution to address the disparity was needed.

“I’m grateful to once again help lead the effort with Congressman Walz to ensure equal treatment for our Guardsmen and Reservists,” said Rep. Steven Palazzo. “Addressing this issue once and for all will guarantee our troops are always ready,” Palazzo said. “While we have already been successful in passing beneficial legislation, we must complete the job to secure equal benefits for these men and women. It is an easy decision to make, and I’m hopeful that this legislation will also be signed into law so they can begin utilizing what they’ve earned.”

In 2017, Reps. Palazzo and Walz introduced H.R. 1384, the Reserve Component Benefits Parity Act, which served as a comprehensive, bipartisan bill to provide fairness to certain mobilized National Guard and Reserve Component service members by extending to their eligibility for pre-mobilization health care and transitional health care, eligibility for post-9/11 educational assistance, and access to rehabilitation for veterans with service-connected disabilities.

“This commonsense legislation is about recognizing the sacrifice of all our men and women who volunteer freely to serve this nation,” said Rep. Tim Walz. “Continuing our mission to ensure fairness in benefits to National Guard and Reserve Component troops who answer the call to serve alongside their Active Component counterparts is the right thing to do. I thank Rep. Palazzo for once again partnering to bring these brave Americans and their families the peace of mind that comes with knowing they will no longer be denied benefits they deserve.”

Within the last year, the “Forever G.I. Bill” and the FY2018 NDAA were signed into law and included portions from Reps. Palazzo and Walz’s legislation.

he Reserves Component Benefits Parity Act of 2018 rectifies three remaining differences including reducing the age at which a Guardsman or Reservist is eligible to receive military retirement pay by three months for every 90 days mobilized under 12304b authority within a single fiscal year. Secondly, the act mandates that officers and enlisted Guardsmen and Reservists receive a monthly allocation for each month they are deployed if they meet requirements written under current law. Lastly, it would protect the level of pay for federal civilian employees who are members of the Reserve or National Guard once they are mobilized by supplying a “reservist differential” payment that currently exist for other mobilization authorities.