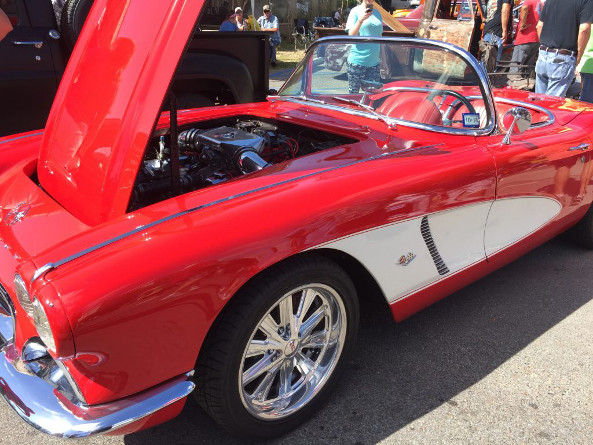 The coast is seeing clear skies currently, however, the threat of Tropical Storm Nate this weekend is causing emergency managers to ask Cruisin’ the Coast visitors to consider cutting their visit short.

Biloxi firefighters delivered a postcard from Mayor Andrew “FoFo” Gilich to the hundreds of RVs and campers along U.S. 90 in Biloxi and in beachfront RV parks yesterday.

In the card, Gilich cautioned cruisers and asked them to consider cutting their visit to the coast short.

“Out of an abundance of caution, our emergency managers are asking you to consider an early departure,” said Gilich.

The Biloxi Fire Department said that as of Tuesday at noon, 714 RVs and campers were along U.S. 90 and in beachfront RV parks, and the number was expected to grow as the weekend approached.

Cruisin’ the Coast officials have decided to condense the remaining events in this year’s cruise as a result of weather issues associated with the incoming tropical system. Executive Director Woody Bailey said that Friday’s events will continue as planned, but the weekend activities will be abbreviated.

“We encourage Cruisers to enjoy today as planned,” said Bailey. “Saturday, our Cruisin’ venues and other activities will be canceled except for our closing activities at Cruise Central.”

Saturday’s events are scheduled to begin at 9 a.m. and will consist of cash prize giveaways, drawing the winning ticket for the Make-A-Wish Raffle Truck, and the unveiling of the 2018 raffle vehicle.

Bailey added that the Gates to Cruise Central in Gulfport at Centennial Plaza will open at 8 a.m. Saturday.

“We want our Cruisers and guests to have the best time possible and enjoy the Mississippi Gulf Coast to the fullest, but still head home with time to clear the area before we begin to feel effects of the storm,” said Bailey. “We appreciate everyone’s understanding and cooperation.”

Cruisin’ organizers said that there will be no official Cruisin’ activities or events on Sunday.

In addition, Biloxi City officials are asking city harbor and marina boat owners to relocate their vessels to a safer location Friday and plan to install portable video boards at city entrances to warn of the threat of Nate.

Mayor Gilich is also expected to ask the Biloxi City Council to declare a state of emergency to help the city prepare for Nate.

Biloxi Emergency Manager Michelle Crowley said voluntary evacuations of low-lying areas are expected to begin Friday. Shelter openings are in the works, she added, and Coast Transit will soon be announcing arrangements for those needing transportation.