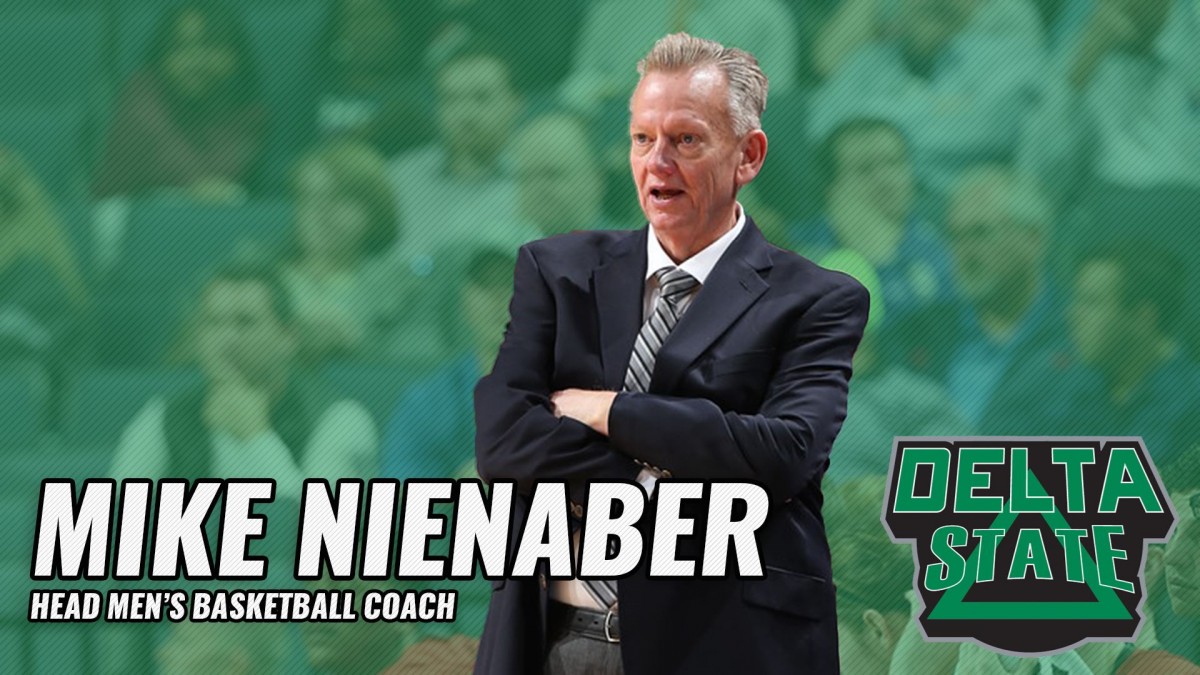 After spending the past 20 seasons at Christian Brothers University, Mike Nienaber has been named the 16th head coach of the Statesmen. Nienaber will stay within the Gulf South Conference after leading CBU to two conference championships and five trips to the Division II NCAA Tournament, including an Elite Eight appearance in 2009.

“Delta State University has a rich basketball tradition, and I am thrilled to have the opportunity to be its head coach,” Nienaber said. “From the days of John Ray Ricks and Steve Rives, the Statesmen have always been tough on the court and I believe our brand of basketball will be fun to watch. I want to thank President Bill LaForge and Mike Kinnison for the chance to add my mark to that legacy.”

During his 36-year coaching career, Nienaber has amassed 593 wins, which ranks 11th among all active NCAA Division II head coaches. Nienaber spent 16 seasons with Bethel prior to joining CBU. Director of Athletics Mike Kinnison said that Nienaber was the ideal candidate to fill their head coaching vacancy.

“When I started this search, I listed the qualities of the next head coach of our program out on a card,” Kinnison said. “I wanted someone that had unquestioned character and leadership, coached with an intensity of purpose, had a successful track record on the court and would be a fit in our departmental culture. Mike Nienaber immediately rose to the top and we’re pleased he has accepted the opportunity here at Delta State.”

Nienaber and his wife Vickie have two sons, Michael and Eddie.