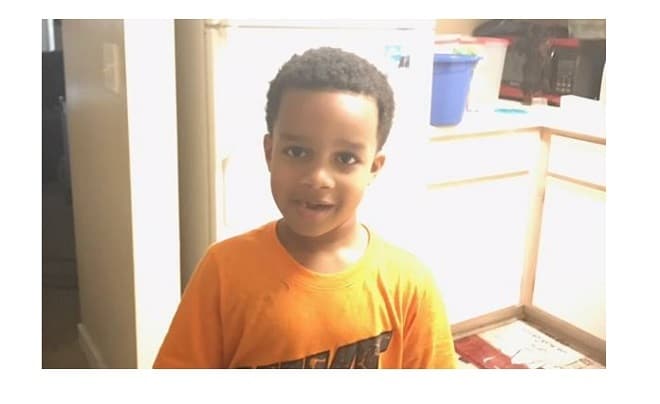 More information is coming to the forefront regarding the shooting death of 6-year-old Kingston Frazier.

Three suspects were arrested Thursday. 17-year-old Dwan Wakefield, 18-year-old DeAllen Washington, and 19-year old Byron McBride. They have been each been charged with capital murder.

Wakefield was a junior at Ridgeland High School and a former member of the football team. He was arrested in Ridgeland by Madison County deputies.

Washington turned himself into Hinds County deputies, escorted by his attorney.

District Attorney Michael Guest said the suspects would appear before a judge for the preliminary hearing on Monday. The DA will be asking that all of them are held without bond.

Click play for the full conversation with DA Guest:


Right now, investigators are searching for a handgun they believe was used to shoot Kingston. Madison County Coroner Alex Breeland confirmed that the cause of death was multiple gunshot wounds.

The case has now been turned over to the Department of Public Safety.

Kingston was in his mom’s car, early Thursday morning when it was stolen from the parking lot of Kroger on I-55 in Jackson.

Hours later, Kingston was found dead in the backseat of the car, which was abandoned behind the ABC warehouse in Madison.

Rumors continued to circulate regarding the six-year old’s death on social media, with some even saying he may have accidentally shot himself.

“There is a lot of buzz going around on social media that is not factual. I would avoid buying into a lot of the stories and rumors that are floating around because it is not true,” said Warren Strain, spokesman for the Mississippi Bureau of Investigation.

Click play for the full conversation with Warren Strain:

In the early morning hours of Thursday, May 18th an Amber Alert was issued for 6-year-old Kingston Frazier.

His mother, Ebony Archie, reported her car stolen, but didn’t tell authorities her son was inside until later.

“At approximately 2:30 [Thursday] morning we had one of our deputies working at the Kroger. He witnessed a female coming out of the store, they made eye contact, and she mentioned, ‘my car is missing.’ At that time we thought it was an auto theft. When we found out later there was a child in the back, we notified Highway Patrol and put out an Amber Alert,” said Hinds County Sheriff Victor Mason.

Hours later, a bystander found Archie’s car abandoned on a dead-end road in Gluckstadt and called the police. Inside investigators found the body of Kingston Frazier.

Strain said the autopsy for Kingston was completed on Friday, but the details have not been released.

He also said the investigation is still in the preliminary stages and there are a lot of variables to be determined. Everything collected at the scene has been submitted to the crime lab. Interviews with family, friends, and the suspects are still taking place.