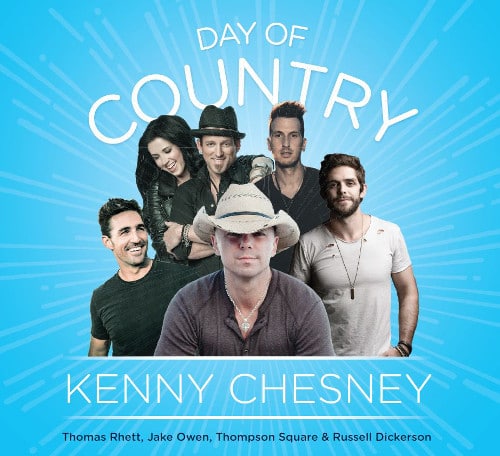 Dubbed “Day of Country,” the C Spire Live event presented by Baptist FastPass will feature Chesney, an 8-time Entertainer of the Year with 29 No.1 country songs and over 30 million albums sold.

The will be the only appearance in Mississippi this year for the 48-year-old Grammy-nominated Knoxville, Tennessee native.

While ticket sales have been brisk in recent weeks, there is still limited seating available at the venue, a large, 30-acre open field at the health care provider’s campus just off Highland Colony Parkway near Highway 463 in Madison.

Chesney, one of country music’s top touring artists, routinely performs in sold-out stadiums and arenas across the U.S.

General admission and a limited supply of front stage, standing room only tickets are available for $150 and $80 each at cspire.com/concert and through Ticketmaster.com. An on-site box office also will sell tickets when gates open at noon on May 20. The concert starts at 2 p.m.

Free concert-day shuttle service is available from 11 a.m. to an hour after the concert’s conclusion. RV parking for the “No Shoes Nation,” the nickname for Chesney’s legion of tailgating fans, will be available at Holmes Community College’s Ridgeland campus parking lot.

A variety of vendors also will provide food and beverages to concert goers, including Chick-fil-a, Mazzio’s, Pig & Pint BBQ, Backyard Burger, Penn’s, Snow Critters, Ma and Pa’s Kettle Corn and Deep South Pops. Credit and debit cards will be accepted, and ATMs will be on site.

Joining Chesney on the big stage will be Rhett, who already has recorded three No. 1 hits and received Billboard’s top country song and single of the year from ACM, ACCA and CMA Artist and Single of the Year in 2016; Owen, a singer-songwriter with six Billboard No. 1 country songs; Thompson Square, one of the leading vocal duos in country music and Dickerson, a singer-songwriter with over 20 million streams on Spotify and 2 million views on YouTube who performed here in 2013.

This is the fourth major music concert hosted by C Spire in Madison County. In 2013, Darius Rucker, the former front man for Hootie and the Blowfish, rocked the stage with tracks from his True Believers album. In 2015, Lambert, known as the reigning queen of country music and its top female performer, was the featured headliner artist. Last year, Florida Georgia Line, the mega-popular country music duo, performed before a sellout crowd of over 10,000 country music fans.

Details come to light in the murder of 6-year-old