People are firing back at State Auditor Shad White over a recent audit of the state’s child education programs in Mississippi that receive either state or federal funds.

The Parents’ Campaign, however, says White’s report is an “egregious misrepresentation” of the facts saying he is selectively presenting the numbers in an attempt to shift the blame for the legislature failing to pass a meaningful teacher pay raise.

“Our statewide elected officials are continuing their relentless attack on public education,” said a statement from the Parents’ Campaign. “The latest hit piece was distributed yesterday by State Auditor Shad White in an apparent attempt to give political cover to legislative leaders for their refusal to pass a meaningful teacher pay raise.

The premise of the auditor’s missive was that local school districts, which the Legislature has underfunded by more than $2.5-BILLION since FY2007, should have come up with the funds themselves to provide a better teacher pay raise. If the state auditor is trying to figure out why Mississippi teachers aren’t getting a fair shake, I suggest he take a look at the priorities of our state leadership during the years he references in his release.”

Pete Smith serves as Chief of Communications and Government Relations at the Mississippi Department of Education and responded to White’s audit saying the money goes directly to the local school districts and that the MDE does not have a say on where the money is allocated.

“The MDE does not spend this money,” said Smith. “These are monies that are funded by the legislature that goes directly to districts and local districts set their budgets with their superintendents and their local school boards using the state-mandated teacher salary scale and by considering the administrative and operation cost needed to support teachers and students, so it’s not money that the department of education has spent.”

*Data from the Parents’ Campaign 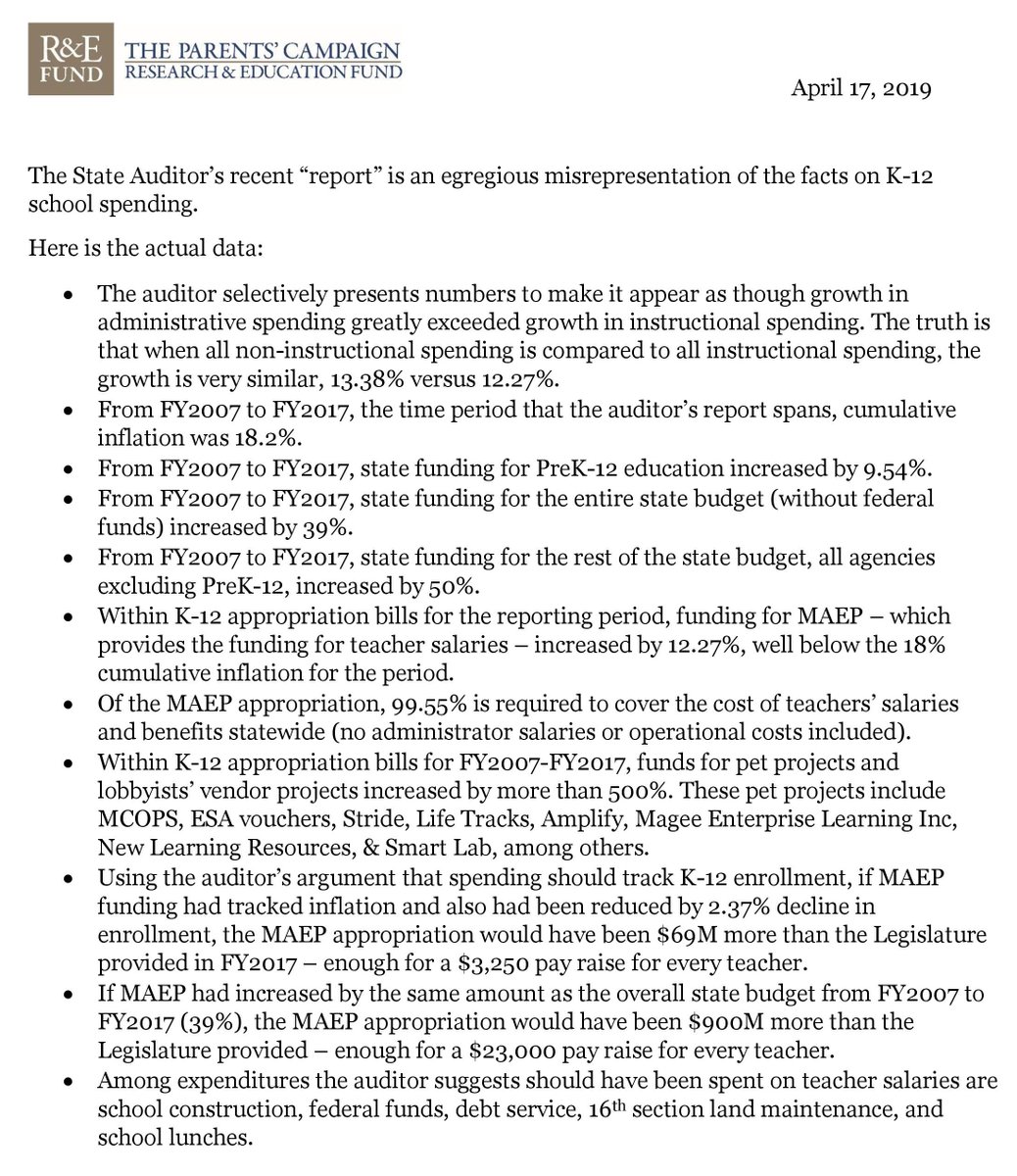