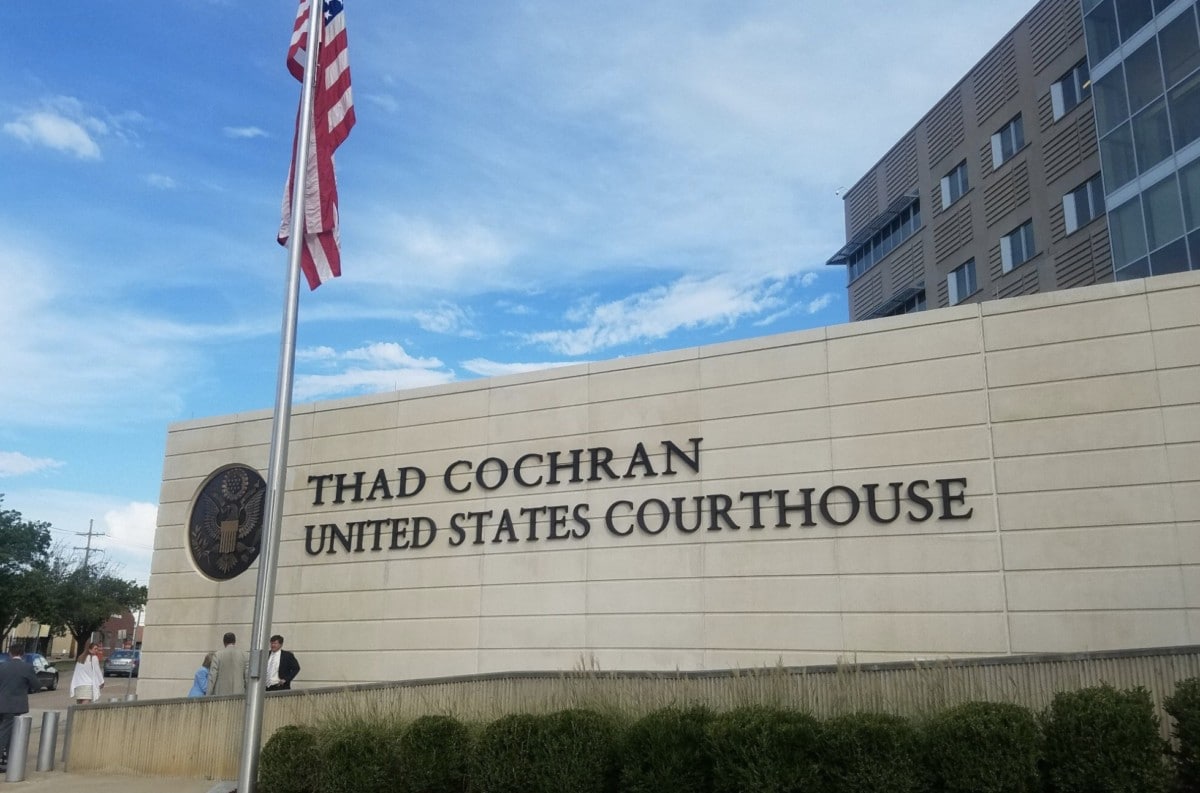 A federal courthouse in Mississippi’s capital city has been renamed. The U.S. District Court building in Jackson is now the “Thad Cochran United States Courthouse.”

After senator Cochran retired on April 1st, 2018, a measure to rename the building was included in a state spending bill during the 2018 regular session.

“Senator Cochran was instrumental in obtaining funding for the construction of this facility several years ago, but perhaps more significantly, he has had a hand in nominating and securing Senate confirmation for every District Judge currently in service on our Court, as well as each of Mississippi’s four judges on the United States Court of Appeals for the Fifth Circuit, all of whom also have chambers in this building,” said Arthur Johnston, Clerk of the United States District Court for the Southern District of Mississippi. “In addition, prior to his career in public service, Senator Cochran practiced law in this court. So, for all of these reasons, not to mention his longstanding reputation for statesmanship, it is quite fitting that this building be dedicated to him.”

I was honored to speak at the naming ceremony for the Thad Cochran United States Courthouse today. Senator Cochran was a man who embodied the example of the ‘good in action.’ I am grateful to call him my friend and to have served with him in the Senate. pic.twitter.com/onPFF6d236

There was a good turnout today to honor Sen. Thad Cochran for his service to our state. The federal courthouse in Jackson now bears his name. pic.twitter.com/xkKTWB8nwT