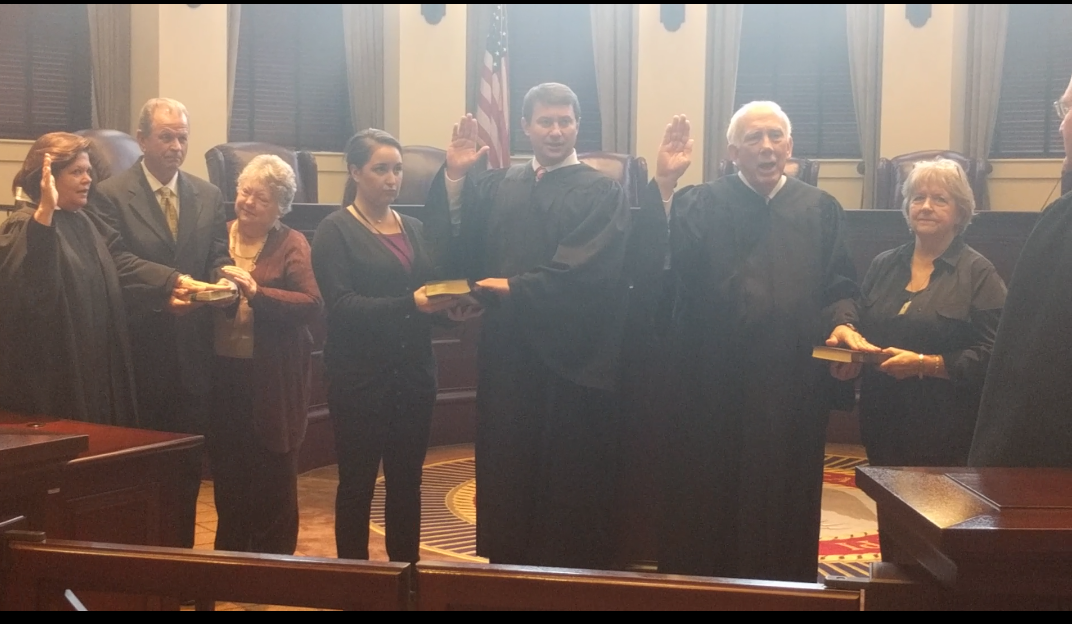 Justices James W. Kitchens, James D. Maxwell II and Dawn H. Beam were sworn in to their new terms at the same time.

Justice Bobby Chamberlin was sworn in during a separate ceremony, as he is the newest member of the Supreme Court.

Justice Chamberlin said he is excited to get to work.

“It’s a tremendous honor for me,” said Justice Chamberlin. “This is the official step for me to get to work.. so that’s what we’re about to do here in just a minute, get to work.”

Justice Kitchens said he’s excited to be back on the bench.

“It’s a high honor to work on the state’s highest court, the court of last resort,” said Kitchens. “I enjoyed my first term and I’m excited to bring that experience.. and I practiced law for 41 years before I even thought about the Supreme Court.”

Justice Beam said she sees the election as a affirmation of her appointment to the Supreme Court being God’s Will.

“The governor appointed me in February,” said Justice Beam. “Today we’re rejoicing that the voters agreed and elected me back to the Supreme Court.”

Justice Maxwell is returning to the bench as well, and is honored to serve the state.

“I hope that we have a productive court.. and one that as Chief Justice Waller said adjudicates the laws fairly and impartially.”