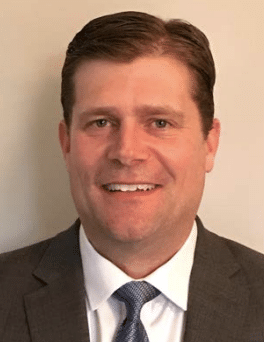 The Public Employees’ Retirement System has a new director. Georgia native Ray Higgins has been named by the PERS Board of Trustees as the agency’s sixth executive director in its 66-year history.

Higgins is from Dacula, Georgia and comes to PERS from the Georgia Department of Early Care and Learning, where he has served since 2011 as deputy commissioner for finance and administration. He will take the reins as PERS’ executive director effective July 1 when Pat Robertson, executive director since 2005, retires June 30. Higgins will be working with Robertson during the month of June to facilitate a smooth transition.

“We thank Pat Robertson for her years of service,” said Mississippi State Treasurer and PERS Board Chair Lynn Fitch. “And we look forward to working with Mr. Higgins to advance the goals of the agency for state employees, retirees, and taxpayers.”

Higgins has also served as director of governmental affairs for the Georgia Department of Driver Services (2009-2011); deputy director/chief operating officer for the Employees’ Retirement System of Georgia (2006-2009); fiscal officer and treasurer and budget administrator for the Georgia Bureau of Investigation (2001-2006); fiscal officer for the Georgia Administrative Office of the Courts (2000-2001); and budget analyst for the Georgia Legislative Budget Office (1998-2000). He earned his associate’s in business administration from Reinhardt College in 1997, his bachelor’s in business administration from Georgia Southern University in 1998, and his master’s in finance from Georgia State University in 2001.