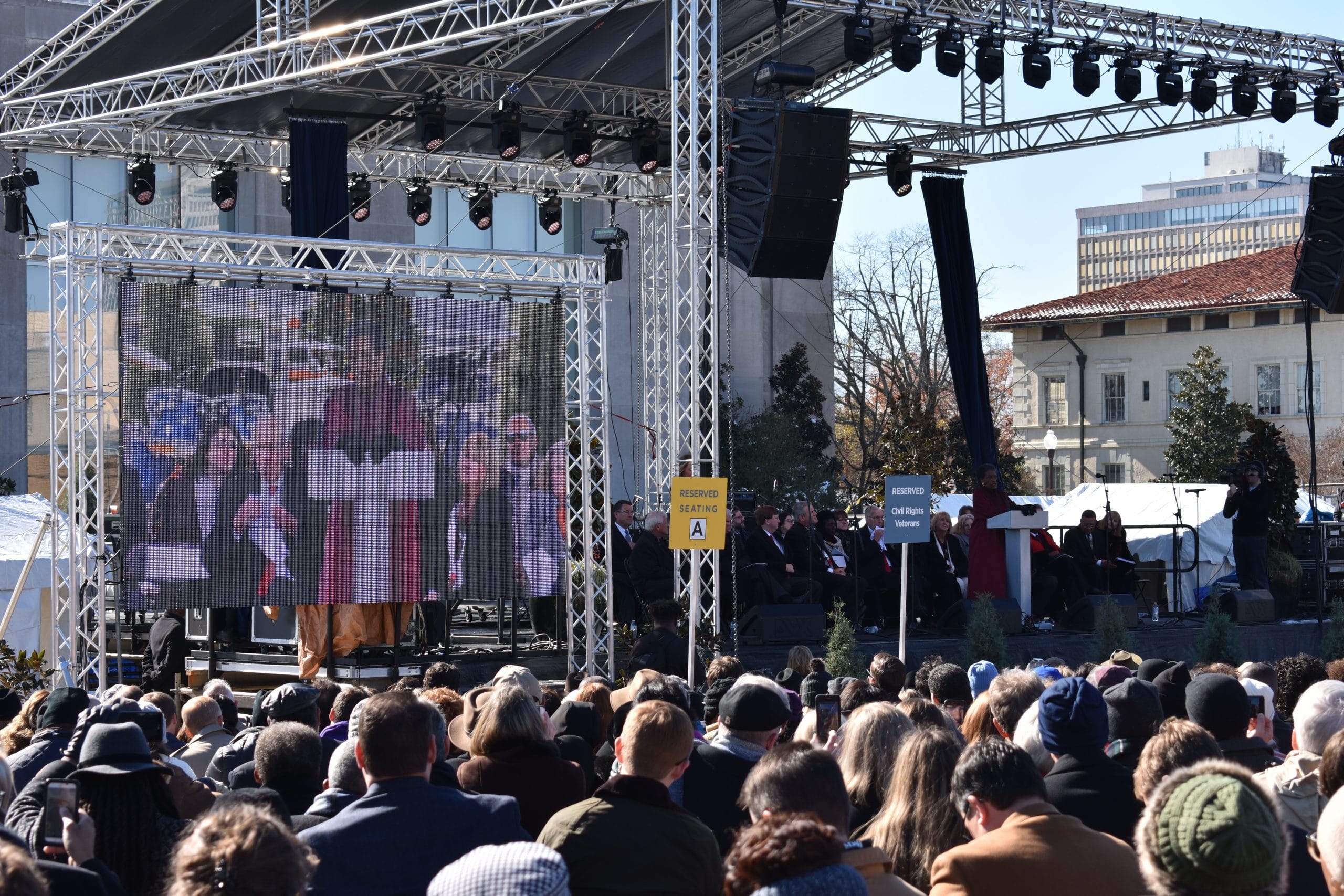 Myrlie Evers spoke from the heart when she talked about the Museum of Mississippi History and the Mississippi Civil Rights Museum, Saturday afternoon. She talked of the struggle in understanding the connection with these two museums.

“For those of you, who have walked hand in hand with me, through the stress, through the turmoil, through my period of hatred of my native state. Of coming out of that dark veil, into one of white and sunshine, warmth, and belief, that Mississippi is not all that people think that it is.

“Such as the people who are included in the Mississippi’s two museums. I will tell you when I first heard of the concept of two museums, I immediately thought: Are we going back to our old practices? Are we having two separate, but possibly equal museums?”

She tells Governor William Winter that he played a major role in helping her to understand, that there were two museums, joined by steps, but “each had a different role and they were both here on Mississippi ground.”

“Where I have and do love the state and all the promises to its citizens. the leadership that is shown to people in the United States of America and around the world. I understand, now, Governor Winter and others, the two museums:

“For one is not complete without the other. I had the opportunity of going through both, with time to look and to digest what is there. These museums, my friends are priceless.”

She continued her speech with hope for the future of Mississippi, the amount of learning and healing that will come out of these two great museums in Mississippi.

Listen to the full speech here.