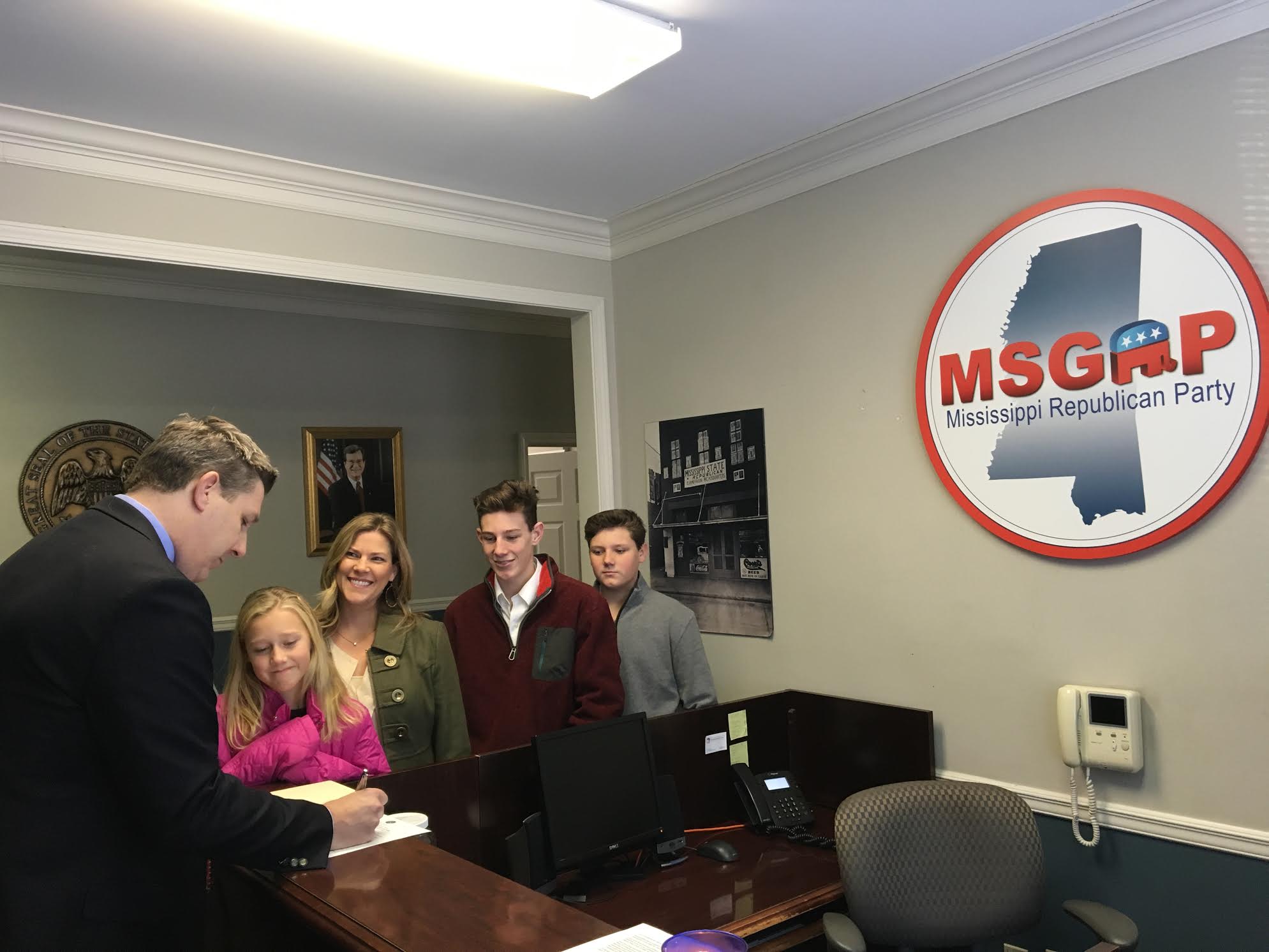 Another campaign for Congressman Gregg Harper’s soon to be vacant seat has been announced.

Republican Whit Hughes filed the necessary paperwork and has announced his intention to run for Congress after Harper stated that he would not seek re-election in 2018.

Since 2013, Whit has served as Foundation President and Chief Development Officer for Baptist Health Systems. Hughes also worked alongside Gov. Haley Barbour as the Deputy Director of Mississippi Development Authority during the Barbour administration.

In his announcement, Hughes said that he believes he’s the right man for the job.

“I believe I am the best conservative candidate for this position. I believe voters are ready for a leader to step forward…a fighter…somebody with character and backbone that will go to Capitol Hill and drive legislation that aligns with Mississippi priorities.”

He proceeded that statement by detailing what went into his decision to run for Congress. Hughes is worried about the “shrinking” middle class in Mississippi, and as a businessman, he hopes to bring change to job creation and move the economy forward.

“As I look at my family, I am concerned about what the future holds for our country and our state. Today in Mississippi, I see a middle-class that is shrinking instead of growing. Communities are struggling and, while the challenges we face may be complex, the solutions are simple: better jobs and a stronger economy.”

“I have spent my career fighting for better quality jobs, better paying jobs, and economic growth in Mississippi. I have a real understanding of how much retaining one dozen existing jobs means to a rural town just as locating one thousand new jobs would be significant to an entire region of our state.”

Hughes is a Mississippi State graduate, where he was a two-sport athlete. Along with his wife and three children, Hughes has lived in Madison for 20 years.

Hughes is the second candidate to announce he will be running for the seat as Rankin and Madison County DA Michael Guest announced his candidacy earlier this month.

The Republican primary will be on June 5, and the general election will be held on November 6.