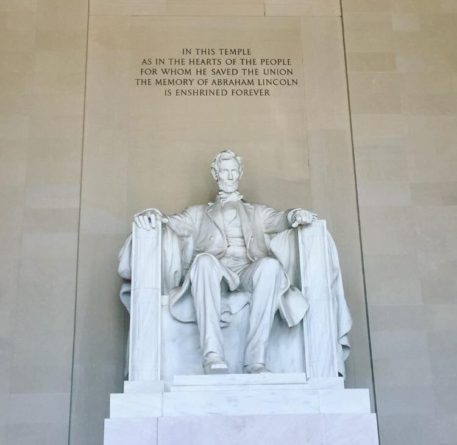 Mississippi’s leaders and elected officials are speaking out of the Government shutdown that happened over the weekend in Washington D.C.

After Senate Democrats blocked a bill to continue funding government operations, Congressman Steven Palazzo said that they saw the true colors of the Democratic party.

“Senate Democrats have failed the American people,” said Congressman Palazzo. “Their vote to shutdown the government endangers American soldiers, our national security, and the over 80,000 Mississippi children that rely on the Children’s Health Insurance Program. This was a dangerous and negligent decision by their party for a bill they have no true opposition to.”

The short term funding bill would have kept the government operating through February 16, 2018. This bill passed the House on January 18, but failed to pass the Senate on January 19.

Rep. Bennie G. Thompson, Ranking Member of the Committee on Homeland Security, added his thoughts on the shutdown.

“It is truly shameful that President Trump marks the completion of his first year in office by overseeing – and being the root cause of – this federal government shutdown,” said Representative Thompson. “Over the past weeks, it has been clear that the President has brought no shred of leadership to negotiations on DACA and immigration matters.  He – as Senator Schumer indicated last night – seemed hell-bent on closing the government and dividing Americans. We, as Democrats, have no appetite to allow him to use DREAMers – or kids on S-CHIP – as a bargaining chips to get whatever he wants. This is his shutdown.”

Congressman Gregg Harper said that Democrats in the Senate have chosen to prioritize illegal immigration over funding the government, paying the men and women in uniform, and important children’s health programs.

“Their misguided decision to neglect the safety and wellbeing of American servicemen and women is unacceptable,” said Congressman Harper. “Chuck Schumer and Senate Democrats made a decision to bring the country to a halt and to obstruct this fundamental responsibility of Congress. The American people deserve better. My colleagues and I in the House of Representatives remain committed to funding the government and reauthorizing the Child Health Insurance Program for the men, women, and children in Mississippi and across our country relying on us. It’s time for Senate Democrats to stop the dysfunction, put aside their false deadlines, and do their job. Congress remains in session and I am hopeful we can resolve this quickly in order to minimize the negative impact on American citizens.”

There is an expected procedural vote in the Senate today at noon that would fund the government until Feb. 8th, however, it is still uncertain as to whether there will be enough support for the vote.

“Basically, we have added two more Republican votes, so we are up to 52 or 53 votes now in favor of re-opening the government,” said U.S. Senator Roger Wicker. “The Democrats need to give us seven or eight votes and we will be back in business.”