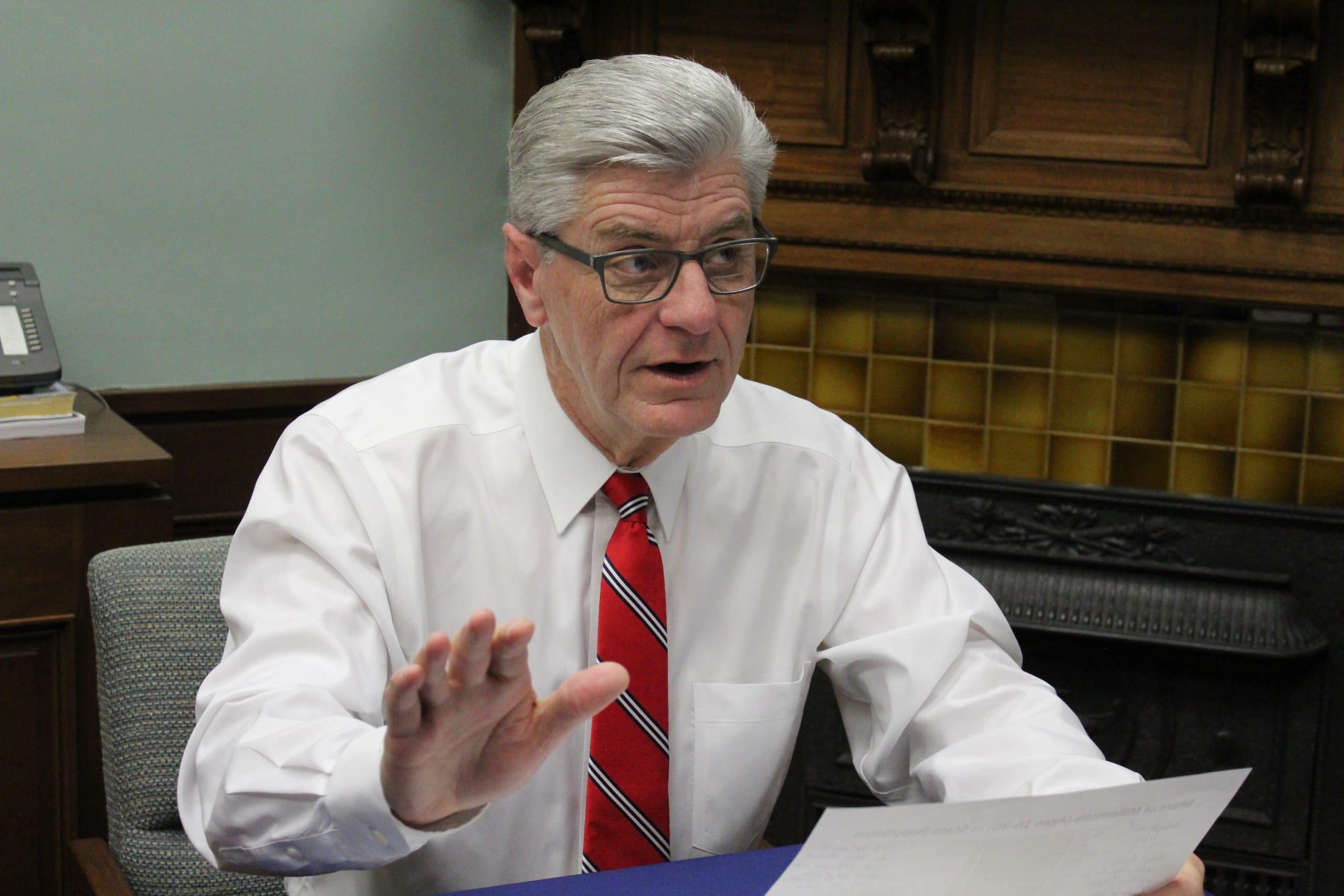 House Bill 1510, the abortion bill, has officially been signed by Governor Phil Bryant.

The ban is the earliest of its kind in the country and makes it the Nation’s strictest abortion bill.

Here is the statement made on Governor Bryant’s Facebook page.

The law imposes a felony charge for a physician who knowingly performs an abortion after 15 weeks with the exception of a medical emergency that puts the mother’s life at risk.

Language in the law does state that the women getting the abortion “may not be prosecuted for conspiracy to commit any violation of this section.”

Governor Bryant has previously stated that he hopes at some point Mississippi is free of abortion completely before he leaves office.

The Mississippi Center for Public Policy (MCPP) applauds Governor Bryant for signing the Bill. MCPP played a key role in drafting the law and educating lawmakers about why women in Mississippi will benefit from this legislation. MCPP acting president Dr. Jameson Taylor comments on the bill becoming law:

“Right now, we are seeing a dialogue among the states on abortion policy. States, along with the Supreme Court, have rejected the rigid framework of Roe v. Wade and are acknowledging the sensibility of reasonable restrictions on abortion aimed at protecting maternal health and the life of the unborn,” said Dr. Taylor. “Public opinion agrees, and a majority of voters support commonsense laws that would make abortion safer and rarer.”

He said the state of Mississippi has an obligation to make abortion as safe as possible, and thanks to the leadership of Lt. Gov. Tate Reeves and Speaker Philip Gunn, this legislation accomplishes that goal.

“Late-term abortions that occur after the first trimester are very dangerous to the mother’s health and many doctors don’t want to perform them,” said Dr. Taylor. “This regulation strikes a reasonable balance in favor of protecting maternal health.”

He also said that U.S. abortion policy is very radical and most of the world limits abortion after the first trimester.

“Mississippi is recognizing the international medical and scientific consensus on this issue,” said Dr. Taylor. “We believe this law should be a model for the rest of the country because it’s the same standard used by the rest of the world.”

Dr. Taylor added that 3-D and 4-D ultrasounds are showing mothers all over the world that their unborn child has a beating heart and can move, hear, taste, see, and feel pain.

“Even pro-abortion apologists acknowledge that every abortion is a tragedy and that the unborn child has a human form,” said Dr. Taylor. “This law is aimed at making abortion safer and rarer.”

Sixteen states have enforceable limits on abortion at 20-weeks. Mississippi’s own 20-week law has not been challenged in court.