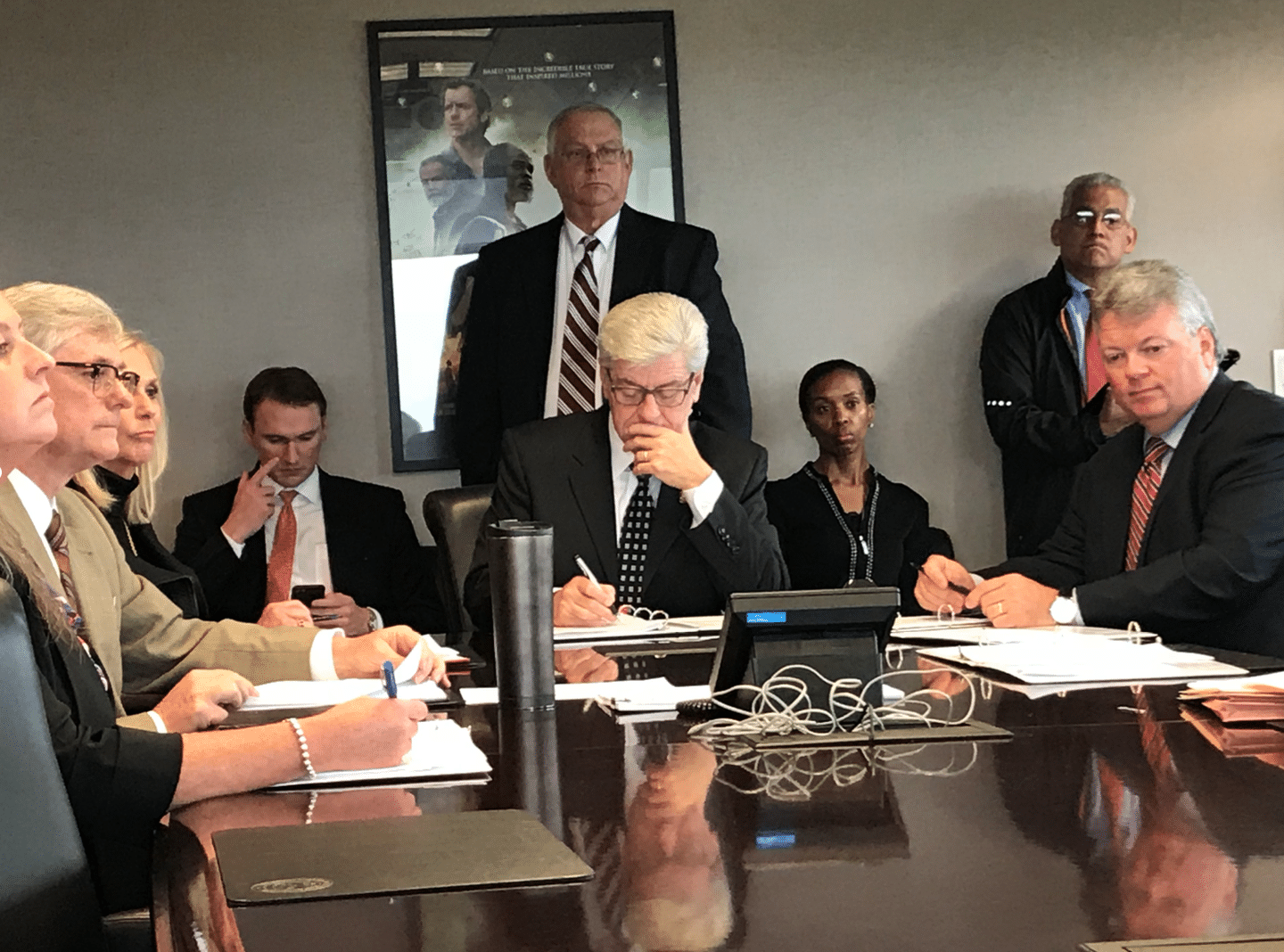 Today Governor Phil Bryant discussed the issues of roads and bridges in the state at the Bond Commission meeting. Governor Bryant, State Treasurer Lynn Fitch, Attorney General Jim Hood, and others were there to discuss their part in helping repair and replace these bridges.

Governor Bryant said this issue is important because 120 bridges are currently closed, some that have even been recommended to be closed that are still open.

“It is a danger to the life of the motoring public and it is our first responsibility to protect the state of Mississippi so we’ve moved today with the hard work of the Treasurers Department and the Attorney General to make sure that we maintain our responsibility and repair these bridges,” said Governor Bryant.

He is not only concerned about the citizens of Mississippi, but also the visitors since the state had so many last year.

“We had 23 million people visit the state of Mississippi last year so we have not only responsibility first to our citizens, but to those that are visiting,” said Governor Bryant. “The most important thing now is that we work together with the Legislature, the Board of Supervisors, engineers, and the U.S Department of Transportation to make sure no-one is hurt, harmed, or killed because of one of the bridges that might collapse, so we’re going to be out working on bridges, replacing and repairing them very soon.”

The meeting can be viewed here:

WWII veteran’s last wishes come true thanks to a sorority