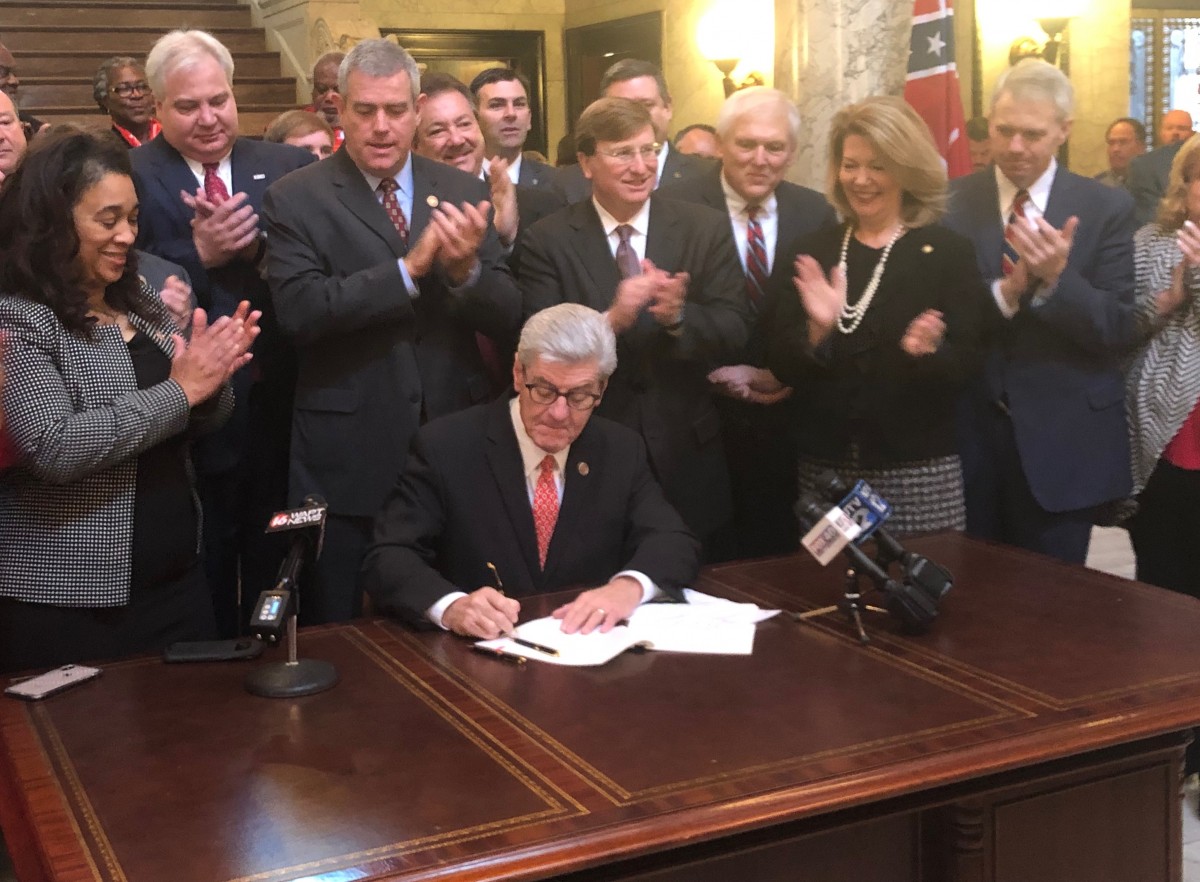 Surrounded by elected officials and lawmakers, Governor Bryant put pen to paper and signed the bill which will allow rural electric cooperatives to offer broadband internet service in their territories, in addition to their current services.

“This is a great example of what happens in this building when we all work together,” Governor Bryant said.

The bill received bipartisan support in both chambers, and Speaker of the House Philip Gunn, author of the bill, stated that this will benefit everyone in Mississippi.

“Getting this technology to those all across the state is beneficial for everybody; not only for economic development purposes, educational purposes, but just being able to let people be connected to what’s going on is critical to the advancement of this state. I’m proud of those in both the House and Senate who worked on this issue and got this bill passed,” Gunn said.

The passage of the bill changes a decades-old law that has prohibited co-ops from offering broadband, and until now, Mississippi was the only state that did not allow co-ops to offer internet services.

The bill simply allows for co-ops to offer broadband service, and it does not mandate that they offer it in their service areas. A breakdown of the bill can be seen below.

Northern Public Service Commissioner Brandon Presley was one of many state leaders that had a hand in pushing this legislation, and he said that this is a monumental step forward for the state.

Presley also stated that the ability to bring broadband to rural areas will help keep young people in Mississippi, which he says, is losing millennials faster than any other state.

“Does anybody believe that a young person in 2019 is going to stay in a state that is ranked 49th in the U.S. with connectivity to the internet? Absolutely not,” Presley stated.

Governor Bryant ended his brief remarks in the Capitol by saying “patience”, and that notion has been echoed by many others. On the Senate floor when the bill was passed, Senator Sally Doty, Senate Energy Committee Chair, said that the implantation process will take time.

“This is not going to be instantaneous,” she said. “The fiber that is required to be installed is extremely expensive, so I don’t think our co-ops can do it all at once. They’re going to have to borrow the money for this asset and it will be done in phases. It could take several years.”

According to the Electric Cooperatives of Mississippi, the state has 25 co-ops and they energize a total of 94,200 miles of lines throughout a service area which covers 85% of the state’s land mass.

Update: Standoff on I-10 in Gautier ends