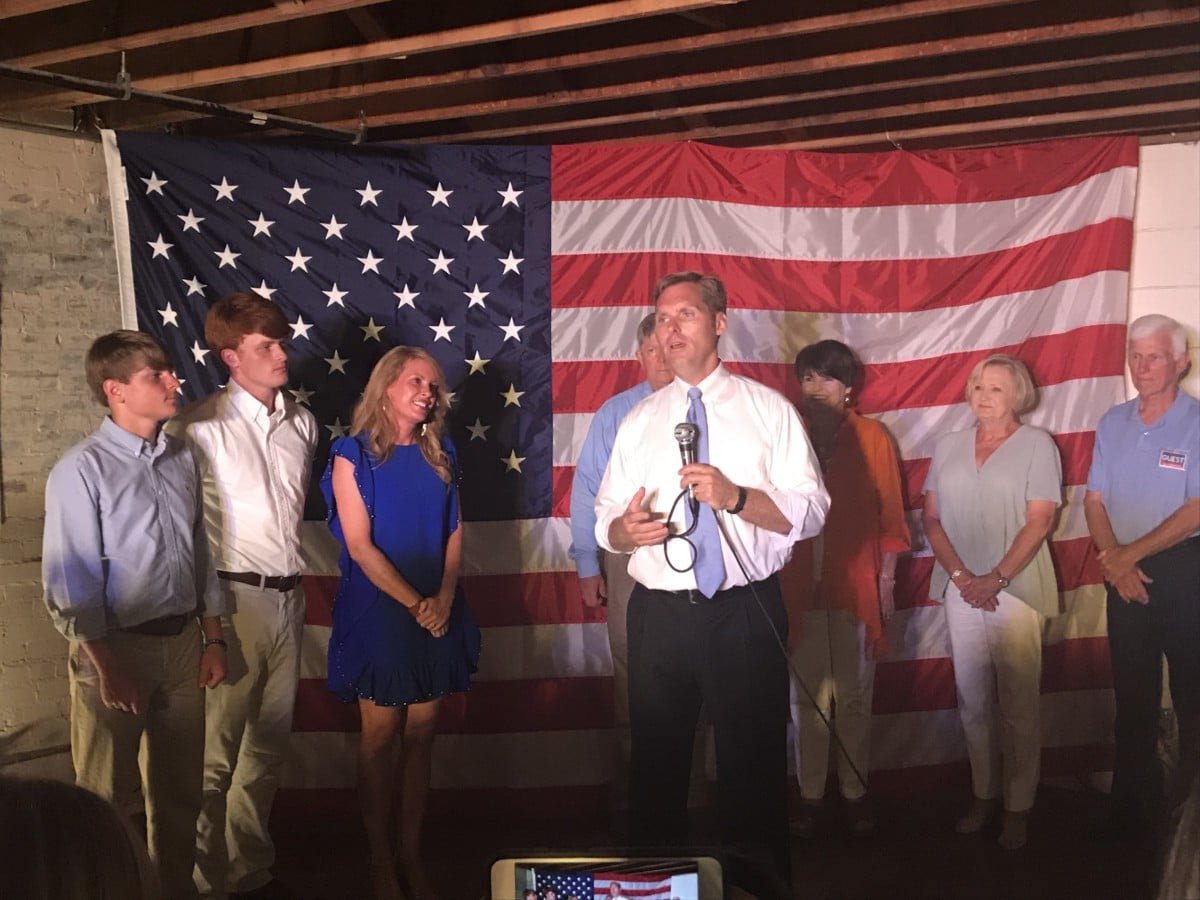 Michael Guest during his victory speech. Photo by News Mississippi.

Michael Guest has been declared the winner in the Republican Primary in Mississippi’s Third Congressional District over businessman Whit Hughes.

In what was an early night, the race was called just an hour after polls closed across the district. While votes continue to come in, Guest held a nearly 40% advantage over Hughes at the time the race was called. After the announcement, Guest spoke to supporters at his watch party.

Just a week before today’s election, Guest received an endorsement from a big player in Mississippi; Governor Phil Bryant.

Congratulations to my friend @GuestCongress on his victory tonight in the Republican Primary for the 3rd Congressional District. He will make a great congressman.

Gracious in defeat, Hughes called Guest after the race was called to congratulate him. He also took to Twitter to concede the race to his opponent.

After Congressman Gregg Harper announced that he would not seek re-election, Guest was the first candidate to throw his hat into the ring. Since he began campaigning, Guest has run on his record as a prosecutor which he has built over the past 22 years.

“As a prosecutor, I have a track record of going into courtrooms every day, and fighting for the victims of crime,” Guest said during an April debate. “If we are going to accomplish things for the people of Mississippi, it’s going to require someone who is there and ready to work hard, someone prepared, and someone who will fight on behalf of the people of this district.”

Guest will now face off against former State Representative Michael Evans in the November election.