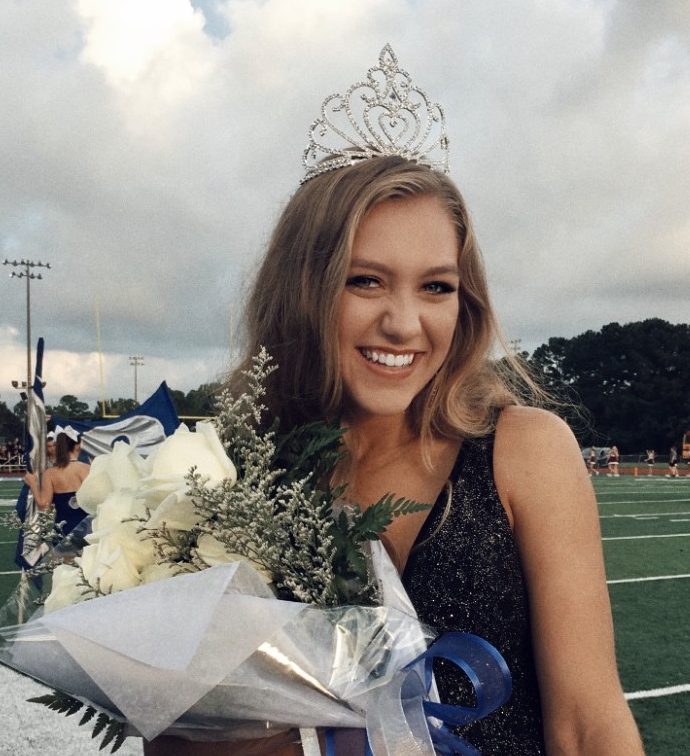 A Mississippi teen has gone viral and is getting national attention after she switched out her tiara for her football jersey to kick the winning field goal.

Kaylee Foster started the evening with no idea that she was going to be crowned homecoming queen of Ocean Springs High School.

“As soon as they called my name I was absolutely shocked and I didn’t even know what to do,” Kaylee said.

Later that night she was able to lead her team to a 13-12 victory against the George County Rebels by kicking the winning field goal of the game in overtime.

“It was an unbelievable night, it couldn’t have been any better and I couldn’t have imagined anything more amazing,” Kaylee said.

Kaylee is set to make an appearance on Michael Strahan’s new show GMA Day and has even gotten shout-outs from Ellen.

Kaylee was the homecoming queen and kicked 7 of the 13 winning points for her football team. I take my helmet off to you. And my tiara. https://t.co/plUmkvJa7Q

Kaylee has been a kicker on the Greyhounds football team since her sophomore year in high school and is now able to share some of her talents with her team’s other female football player who is also a kicker.

However, the Senior isn’t letting the craziness of fame go to her head. After the excitement of the game on Friday night, Kaylee was up bright and early to take her ACT exam the next morning and through the experience has been able to become friends with a group of female football players

“I think most of it has been very positive,” Kaylee said. “Through it, I connected with a group of girls that all play football, or have played football in the past, so that’s cool and we have a snapchat group chat now which is awesome.”

Kaylee added that she hopes other can see her story and be realize that they can do or be anything they want to be.