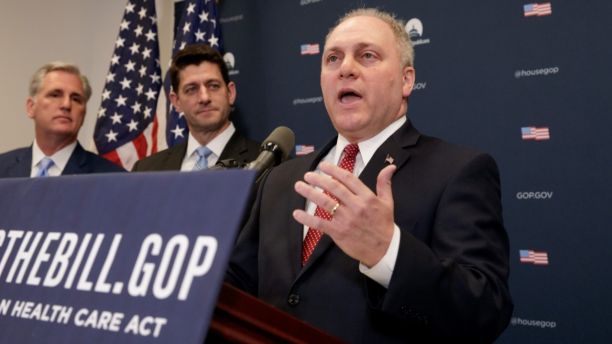 Majority Whip Steve Scalise is returning to work after being shot during baseball practice for the Congressional baseball game.

Fox News reported that Scalise made a surprise return on Thursday with a greeting on the floor of the House of Representatives.

Scalise was shot in June and badly injured after a mass shooting. Four others were injured on that day as well. Scalise spent three months in the hospital recovering.

He told Fox News he is a living example of a miracle.