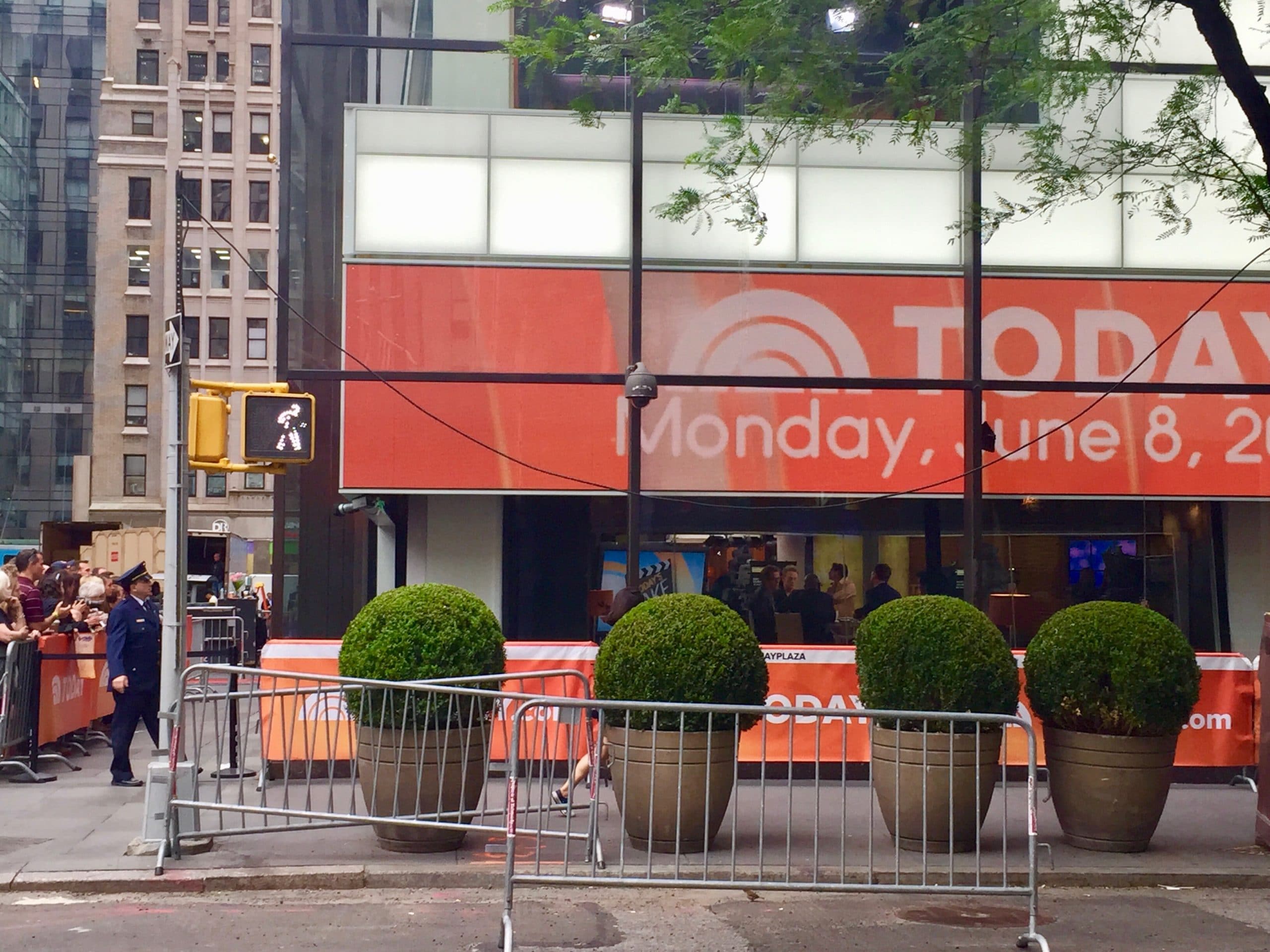 Set of the Today Show in NYC. Photo courtesy of Telesouth Communications Inc.

You know Hoda Kotb as the newest co-anchor of NBC’s Today show, but the now famous TV personality did not have the easiest time getting her first job. It would take a lot of driving, and a beloved Ole Miss sideline reporter to give her a chance.

In an interview with Sirius XM, Kotb talked about how she got to where she is now. As a Virginia Tech graduate with a broadcast journalism degree, she geared up for her first interview in Richmond, Virginia, but that didn’t go as planned.

According to Kotb, the interview went horribly wrong, and the news director told Kotb, “You aren’t ready for Richmond. You are too green”. For the next ten days, Kotb drove all over the southeast looking for one person to give her a chance. After being shown the door at stations in Virginia, Memphis, Florida and others, Kotb finally found a place to land.

Hoda Kotb got lost in Greenville Mississippi where she saw a sign for WXVT-TV a CBS affiliate. Dreading the interview Kotb thought she wouldn’t get the job, but then she met Stan Sandroni. He watched her tape and hired her right on the spot. Kotb said, “You just need one person to love you, and Stan was my one.”

Watch the full interview below: