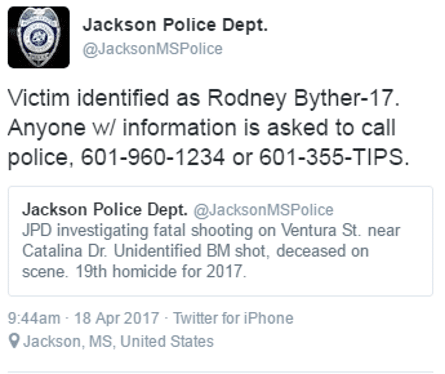 JACKSON- The Jackson Police Department is investigating a shooting on Venture Drive that resulted in the death of a teen. This is the 19th homicide for the city for 2017.

He was shot on Ventura near Catalina Drive and died at the scene.

The Jackson Police Department has confirmed the victim as 17-year-old Rodney Byther.

Police are still looking for a black truck that is believed to be connected to the crime. If you have any information on this shooting please contact the Jackson Police Department.