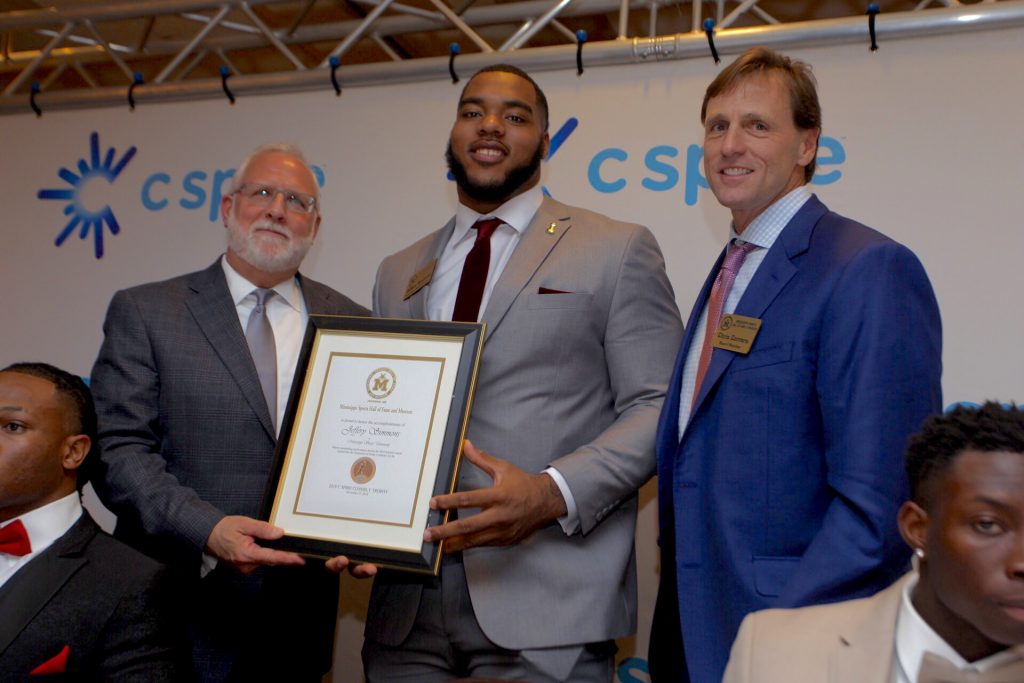 Mississippi State defensive tackle Jeffery Simmons was named the 23rd winner of the C Spire Conerly Trophy awarded to the best collegiate football player in the state of Mississippi.

Simmons totaled 59 tackles, 14.5 tackles for loss, a sack, four pass breakups and a forced fumble in 12 games during his junior campaign.

Simmons is the eighth Mississippi State player to take home the Conerly Trophy. Past winners include two-time winners Dak Prescott and Eli Manning.  Mississippi State and Ole Miss are now tied with eight winners apiece. Southern Miss has had four players win the award, Delta State has had two and Millsaps boasts one winner in program history.

Simmons’ teammate, Elton Jenkins was announced as the winner of the Kent Hull Trophy given to the best offensive lineman in the Magnolia State.

The event is put on by the Mississippi Sports Hall of Fame and ceremony was held at the Country Club of Jackson. The night included former Ole Miss running back Deuce McAllister as the keynote speaker.