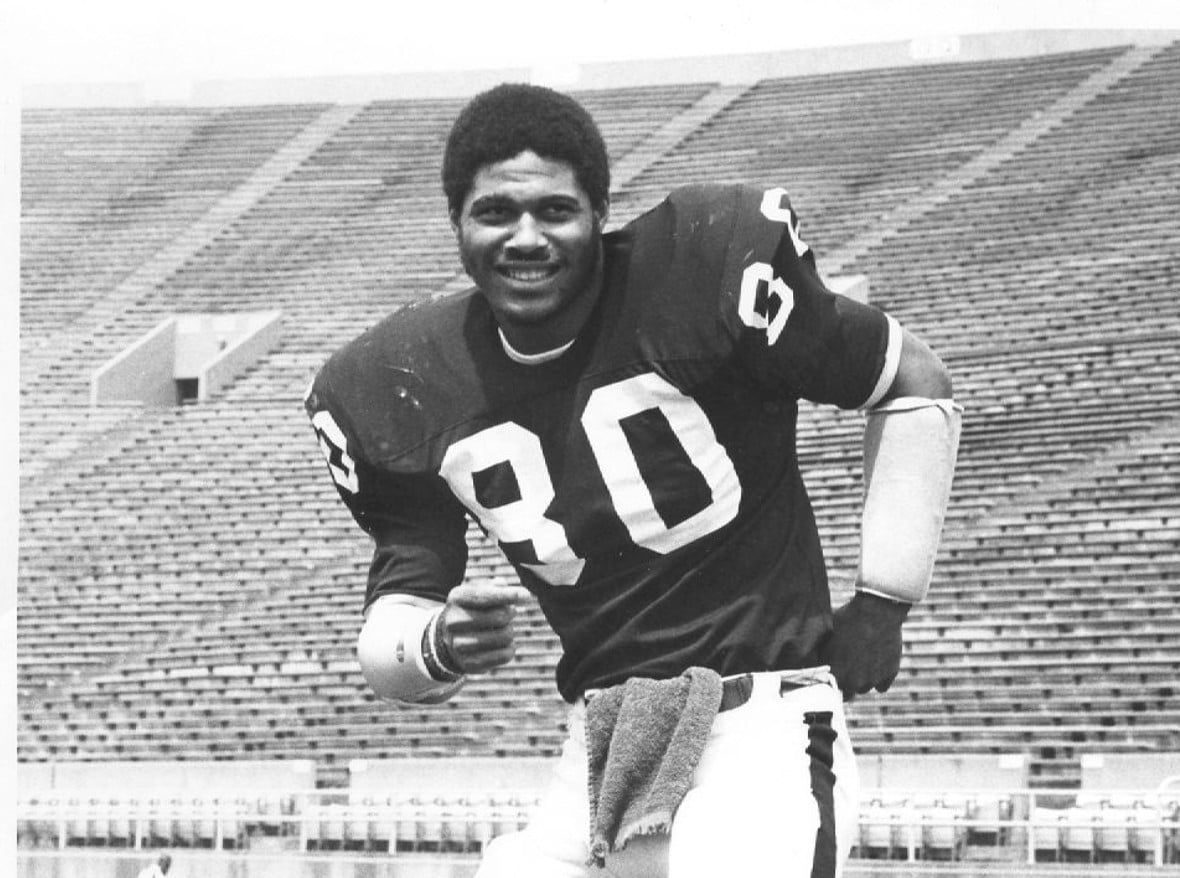 Over the weekend, Robert Brazile became the 4th former Jackson State football player to be inducted into the Pro Football Hall of Fame.

Brazile played his entire career at linebacker with the Houston Oilers after he was selected as the 6th overall pick in the 1975 NFL Draft. Nicknamed ‘Dr. Doom’, Brazile made his presence felt immediately as he earned ‘Defensive Rookie of the Year’ honors in 1975. Before his career was over, he had been named to seven pro-bowls and selected as an all-pro five times.

During his 10 year career, Brazile never missed a game and he retired in 1984 with 1,281 career tackles. Brazile still ranks 2nd all-time in the Oilers/Titans franchise in the category.

Brazile waited 34 years for his HOF moment, but even more meaningful to him than the gold jacket was the chance to celebrate with his parents. His mother, Ola Mae and his father, Robert Sr., both made the trip to Canton, Ohio to watch their son’s moment.

During an interview with the NFL Network ahead of the ceremony, Brazile shared that his dad was recently diagnosed with cancer. He went on to share what it was like when he asked his father to present him during the HOF induction ceremony.

“When my father was undergoing his treatment, he was just so sick when I told him I wanted him to present me in Canton. He raised up and gave me a look I’d never seen. He said, ‘Son, you’ve made me so happy and proud,'” Brazile said.

In addition to thanking his family, friends, teammates and coaches, Brazile thanked the late Bum Phillips who called Brazile “Lawrence Taylor before Lawrence Taylor.” Phillips coached the Oilers for the first five years of Brazile’s career.