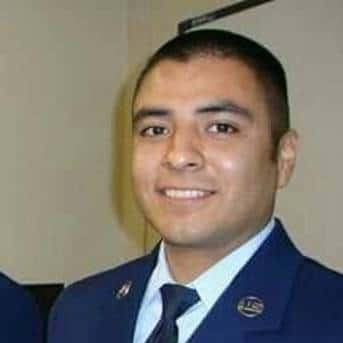 Keesler Air Force Base has released the name of the active duty airman who was found dead over the weekend. Staff Sgt. Luis O. Cisneros-Godinez was pronounced dead on Sunday, October 7th at 9:27 a.m. in Biloxi, Miss.

“The entire Laboratory Flight and Diagnostics and Therapeutics Squadron morn the loss of Staff Sgt. Cisneros-Godinez,” said Col. Stephanie Buffett, 81st MDTS commander. “His strong work ethic and confident quiet approach could be relied upon for any mission. His fellow Airmen, teammates, family and friends are in our prayers.”

In a release, officials from Keesler said the cause of death is still under investigation. Cisneros-Godinez was reported presumed to be missing on October 6th, and multiple reports say that the airman’s body was found int he Tchoutacabouffa river.

“The men and women of the 81st MDG are deeply saddened by the loss of Staff Sgt. Cisneros-Godinez,” said Col. Bea Dolihite, 81st MDG commander. “He was a true medic who showed compassion and kindness to all.  We extend our thoughts and prayers to all of his family and friends.”

Staff Sgt. Cisneros-Godinez was from Colorado Springs, Colorado and was 31-years-old. He had been in the U.S. Air Force since March 10th, 2009.

“Luis was a treasured part of our medical team here at Keesler,” said Col. Debra Lovette, 81st TRW commander. “His loss is felt by all of us.  I am grateful to the Biloxi Police Department, the Mississippi Department of Marine Resources, our office of special investigation and the 81st Security Forces Squadron, for their diligent efforts to locate and recover our Airman.”