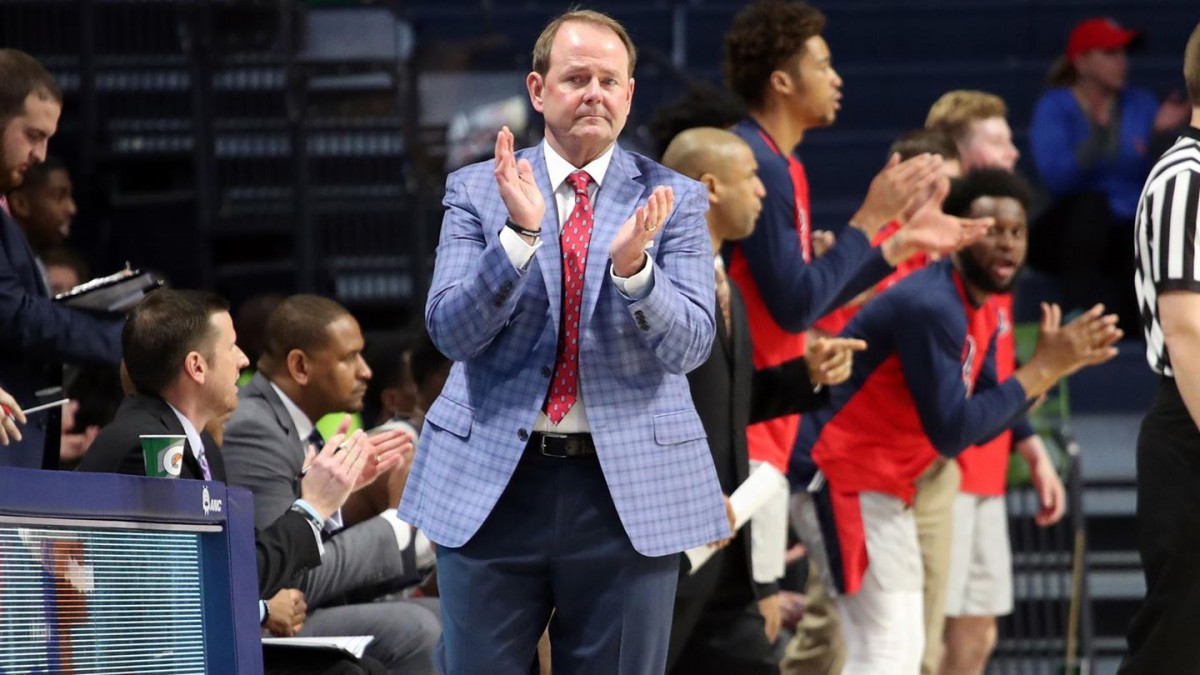 After leading the Rebels to the NCAA Tournament in his first season, Kermit Davis has been rewarded with a 4-year extension.

It was exactly a year ago that Davis was introduced as the new coach in Oxford following a 12-20 season with the Rebels finishing last in the SEC, which is where the Rebels were picked to finish pre-season.

At 20-12 this season, the eight-win improvement is ranked 11th in the nation as well as the best among Power 5 schools. AD Ross Bjork said that Davis has already shown the ability to establish a new standard for Ole Miss basketball.

“Coach Davis has quickly established a very high standard for Ole Miss Basketball, and he’s building our program for long term success,” Bjork said. “He’s the perfect fit for our university, and we wanted to show a strong commitment to his leadership. The brand of Ole Miss Basketball is as strong as ever, and our fans have been terrific in their support and energy around our program. The most rewarding and enjoyable part is that this is only the beginning, and the best is yet to come. Congrats to our student-athletes and coaches for making the NCAA Tournament. Go Rebs!”

Davis, a Leaksville native, earned SEC Coach of the Year Honors in his first season, and he said that this is just the beginning.

“Thanks so much to Ross Bjork and Chancellor Larry Sparks for the confidence they have demonstrated in me to lead Ole Miss Basketball for years to come,” Davis said. “This has been one of the most rewarding years we have ever spent in college basketball! The Ole Miss spirit in Oxford, throughout our great state and the SEC footprint has been really amazing. To watch our staff, players and fan base connect in such a way to set The Pavilion attendance record is greatly appreciated. We will work to grow Ole Miss Basketball into a national brand.”

With 20 wins already, Davis is just the third active SEC head coach to win at least 20 games in his first season in the conference (John Calipari – Kentucky, Mike White – Florida)

Davis was in the first year of a 4-year, $10 million deal, and financial details of the extension are unknown at this time.

The Rebels are an 8-seed in the NCAA Tournament’s South Region, and they’re headed to Columbia, SC to face 9th-seeded Oklahoma on Friday.