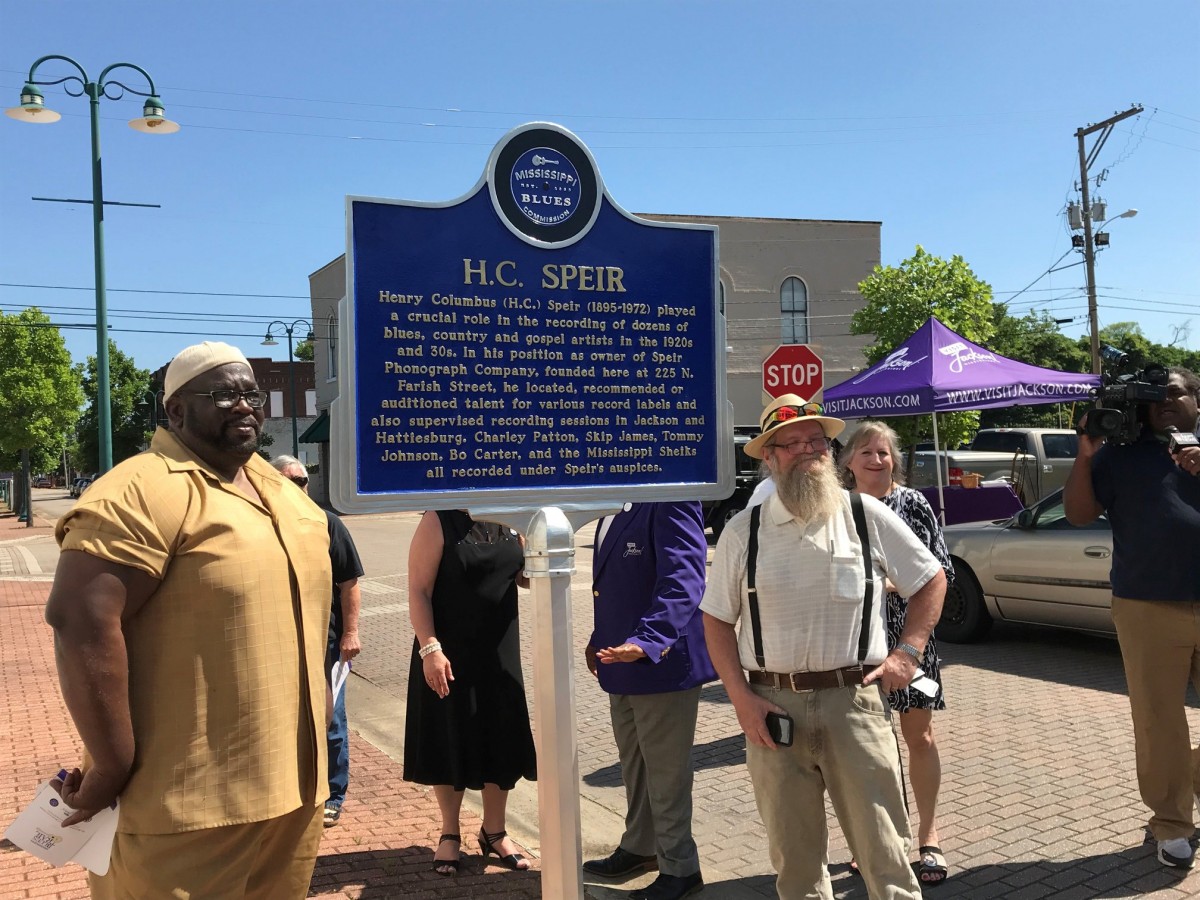 The latest Mississippi Blues Trail marker has been unveiled.

“The seeds of the blues may have taken root in the Mississippi Delta, but they grew in part because of the efforts of individuals like H.C. Speir on Farish Street,” said Visit Mississippi Director Craig Ray. “This historic area was fertile ground for the genre to flourish into an art form consumed by the masses.”

Henry Columbus (H.C.) Speir played a crucial role in the recording of dozens of blues, country and gospel artists in the 1920s and ‘30s. In his position as owner of Speir Phonograph Company, founded at 225 N. Farish St., he located, recommended or auditioned talent for various record labels and supervised recording sessions in Jackson and Hattiesburg. Charley Patton, Skip James, Tommy Johnson, Bo Carter and the Mississippi Sheiks all recorded under Speir’s auspices.

The marker is located at 225 N. Farish Street. It joins three other Mississippi Blues Trail markers in the historically significant downtown area.