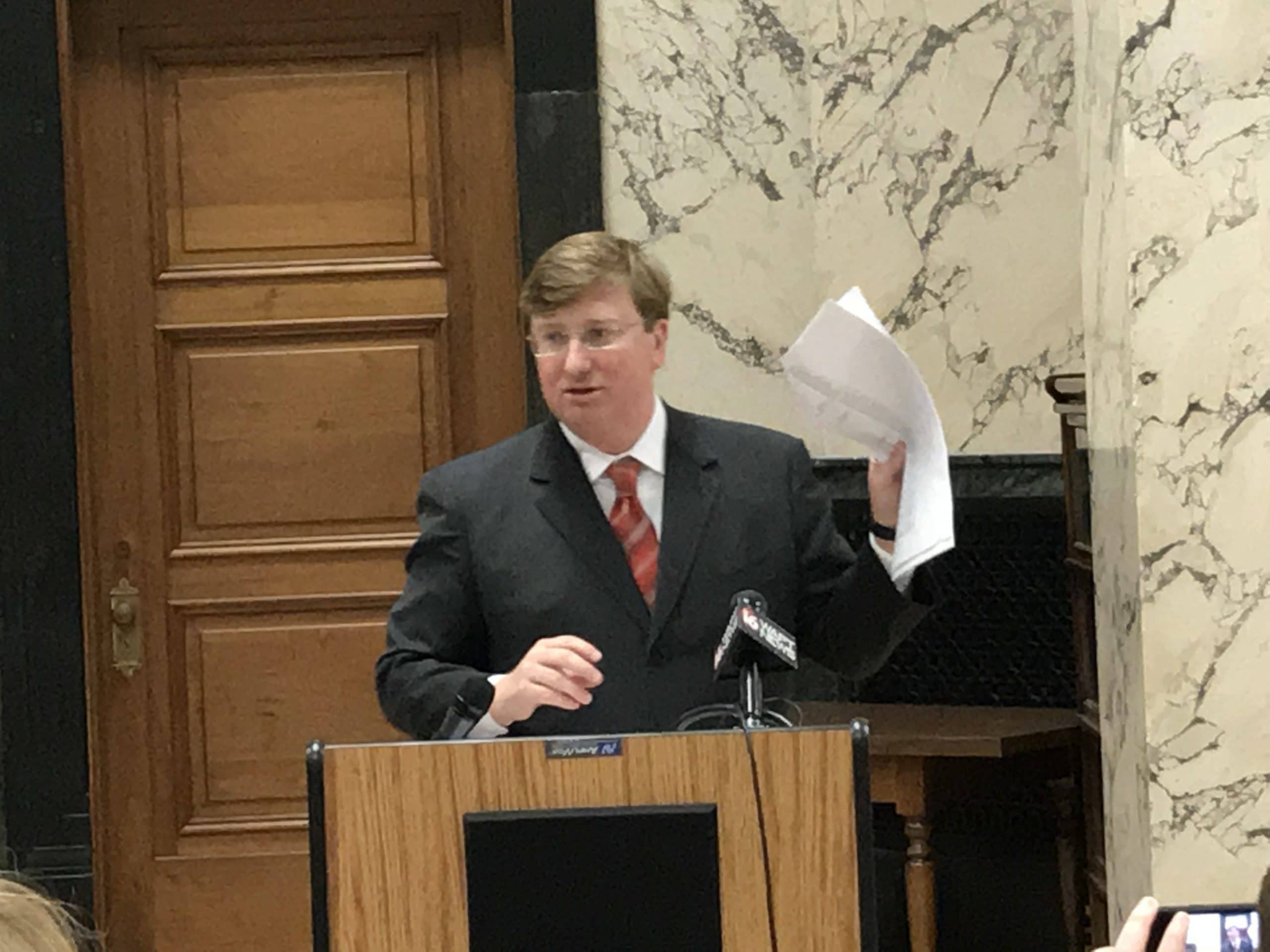 Lt. Gov. Tate Reeves gaveled the end of the legislative session yesterday after the Legislature passed an approximate $6 billion budget that funds critical state services and new laws to encourage job creation. The Legislature also passed a practical bond plan that invests in universities, community colleges, and deficient bridges across the state.

“Working with Governor Bryant and Speaker Gunn, I believe we have a conservative spending plan that saves for a rainy day and increases funds for critical areas,” Lt. Gov. Reeves. “Our state’s economic performance has shown improvement, which allowed us to invest more tax dollars in those priorities that result in positive outcomes like the School Recognition Program and putting more troopers on the road.”

The budget for Fiscal 2019, which begins July 1, supports the majority of agencies at levels similar to the current budget year. Some increases were given to emphasize legislative priorities, including the areas of public safety, foster care, education and infrastructure.

The budget also sets aside the required 2 percent of general fund revenues in the state’s rainy day fund.

Several needs cited by law enforcement and first responder communities will be met under the new budget plan, including:

The fiscal plan also funds the Department of Mental Health at their FY 2019 funding request to assist the agency in continuing to defend a federal lawsuit and increase community-based care.

All levels of education funding increased in the new budget.

The School Recognition Program will see an approximate $5 million increase. The program rewards teachers in schools that improve a letter grade or maintain an ‘A’ or ‘B’ rating. Early childhood education collaboratives will see $6.5 million to support an initiative recognized nationally as a model program.

The Mississippi Adequate Education Program was funded at more than $2.2 billion, which includes support for rising insurance costs.

Universities will see a continuation of Ayers funding, plus an additional $6.4 million to programs like student financial aid and general support budgets. Community colleges saw a slight increase, with funding at $237.5 million for the upcoming budget year.

The Legislature also took steps to address the state’s broad infrastructure needs. A bond bill included funds for improving water and sewer systems through the departments of Health and Environmental Quality. The bill has $50 million in bonds for the local system bridge program, which covers repairs of bridges in critical need statewide.

“I recognize Mississippi has real needs when it comes to ensuring roads and bridges are maintained, and I am hopeful the Legislature can continue conversations and find a solution,” Lt. Gov. Reeves said. “Reliable infrastructure is key to the state’s economy both in attracting investment and helping Mississippi businesses move products to market.”

Lt. Gov. Reeves reiterated his promise to make the state and its job creators competitive in the marketplace. He supported several new laws, including a bill to allow local community investment in economic development projects to enhance the state’s competitiveness regionally.

He also supported a bill to help farmers seek tax relief for damages during natural disasters.

Lt. Gov. Reeves also continued his focus helping Mississippi families and making the state the safest place in America for an unborn child. One new law provides a tax credit for Mississippians who adopt foster children or contribute to organizations that serve the state’s neediest children. The Legislature also passed a ban on abortions after 15 weeks of gestation.

The full breakdown can be viewed here: