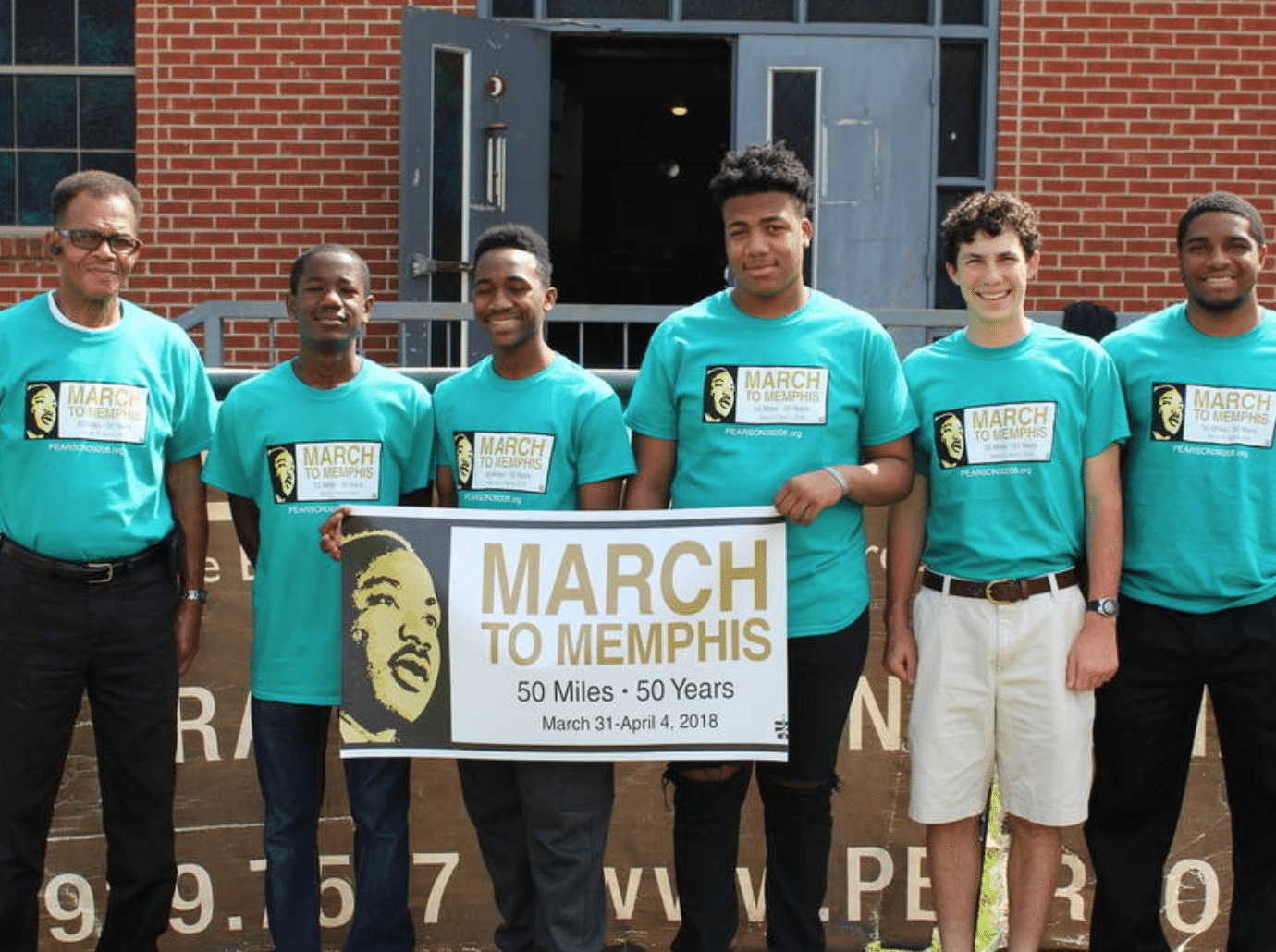 Photo Courtesy of the PEARSON foundation

An interracial group of young men will begin a journey of reconciliation later this week to mark the 50th anniversary of the assassination of civil rights champion Dr. Martin Luther King Jr.

Their 50-mile March to Memphis will take them from near Dundee, Miss., north to the city where Dr. King was killed on April 4, 1968, to join in commemorative events there. The march will commence near Dundee on Highway 61N at 11:30 a.m. CDT on Saturday, March 31.

Organized by The PEARSON Foundation, a faith-based mentoring and community service organization based in Pearl, Miss., the trek aims to teach participants more about civil rights and justice issues and model reconciliation and healthy racial relations.

“Our hope is to not only honor all that Dr. King achieved, but to be part of continuing his work,” said PEARSON Foundation President Jarvis Ward. “We want to show how racial justice, economic justice and racial reconciliation can be advanced in and by the next generation.”

Along the way the young men will discuss issues as they walk and also take part in evening community meetings in places where they stay overnight at schools or churches.

Aged 14 through 19, the teen group will comprise members of PEARSON programs and peers from local schools. They will be accompanied by adult mentors with PEARSON, which stands for People Employing Available Resources to Strengthen Our Neighborhoods.

A native Memphian, Ward remembers hearing of Dr. King’s death on the car radio while riding with his parents, as a boy. “I knew something was seriously wrong by their emotional reaction,” he recalls. “But as a four-year-old, I did not fully comprehend what it meant.”

The March to Memphis will also feature an “I Am A Man” emphasis discussing issues of adulthood and manhood. It builds on the “I Am A Man” slogan used during the 1968 sanitation workers strike in Memphis, which Dr. King had traveled to support when he was killed.

Joining Ward and the others on the march will be his 91-year-old mother, Alice C. Ward, who will walk the last mile and a half of the march. Ron Forseth, a white colleague with whom Ward has worked on racial justice issues for 15 years, will also be on the march from start to finish. And 85-year-old Walter Jones, who in pursuit of racial and economic justice left Memphis 60 years ago in the great migration to the North, will also be joining in portions of the march.

On the final two days of their five-day march, the PEARSON walkers will also be joined by family, friends and other supporters wishing to participate. Once in the city, on Tuesday, April 3, they will convene a Metro Memphis Youth Rally hosted at Memphis’ historic New Salem Missionary Baptist Church. The next day, April 4, they will join in a larger commemorative march and in activities at the National Civil Rights Museum, at the site of Dr. King’s killing.

The events are being organized by the city of Memphis and the American Federation of State, County and Municipal Employees (AFSCME). The death of black AFSCME sanitation workers in February 1968 sparked the protests that drew Dr. King to Memphis 50 years ago.

“We will not be walking in anger or protest,” said Ward. “We will be walking in honor and in hope, believing that Dr. King’s dream of racial justice, economic justice and racial reconciliation can yet one day be realized.”

The group will have a police escort over the entirety of the route provided by the Pearl Police Department, the Mississippi Highway Patrol, and municipal and county law enforcement along the way. The U.S. Department of Homeland Security has also extended support to ensure the safety of the marchers. Real-time updates and live video on the progress of the march will be posted on the March to Memphis Facebook page at www.facebook.com/MarchtoMemphis.

Anyone wishing to support the March to Memphis and The PEARSON Foundation may contribute at their Go Fund Me page at: https://www.gofundme.com/MarchtoMemphis.

Thursday on #GoodThings with @RebeccaTurnerRD