The Mississippi Association of Educators (MAE) recently surveyed teachers across the state to gauge their opinions on the 2019 legislative session.  The results of the survey indicate educators were, by in large, disappointed in the $1,500 increase in pay for assistant and certified teachers. According to the MAE, the raise was both “insulting” and “disappointing”.

The group also criticized lawmakers for approving $2 million in additional funding for the state’s ‘Education Scholarship Account’ program, which was inserted into an appropriations bill in the final days of the session. The MAE says that the funds will be “redistributed to private schools” instead of being used to fund special education in public schools.

The MAE sent out the survey as they search for ways to voice their displeasure with the state of public education in Mississippi. When offered a variety of actions, the majority of respondents selected to either rally at the Capitol before the end of the school year, to campaign for pro-public education candidates, or to participate in a one-day statewide “sickout”. 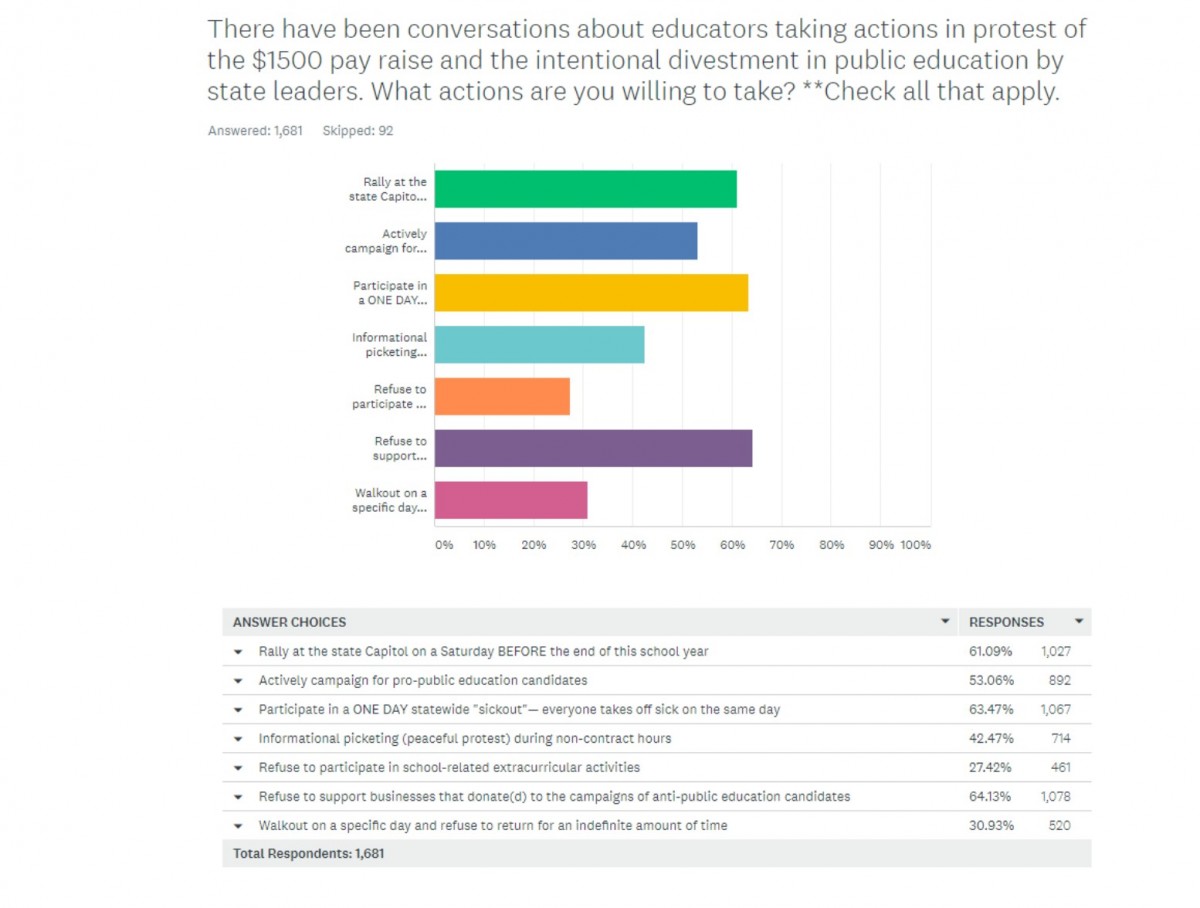 “Educators and public education supporters from every corner of the state were highly engaged in this legislative session. Despite this high level of engagement, the legislature chose to largely ignore the needs of Mississippi’s educators and students. Educators made their frustration known then and have continued to use their ‘teacher voice’. We wanted to ensure that voice was united and amplified.”

“The Survey on Teacher Action was created to help determine the best way to move forward together as we continue advocating for our educators, our students, and our communities. The survey’s findings will guide the drafting of an organizing plan that will be implemented now through the 2020 legislative session.”

To view the survey in its entirety, click here –  MAE Survey

The survey results indicate that the majority of the 500 respondents are from Hinds, Desoto, and Gulf Coast counties.

Tell us a Good Thing in Mississippi.