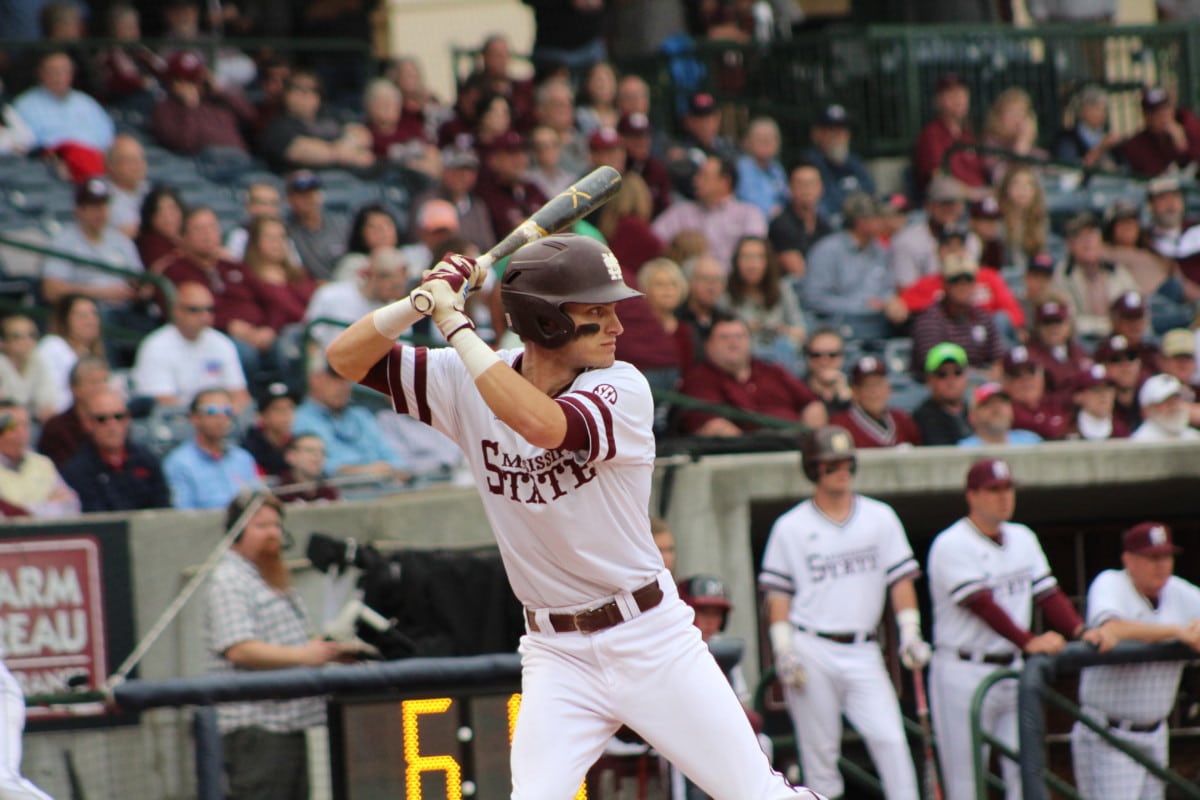 Over the weekend, Mississippi State swept Georgia in Starkville, and history was made in the process.

On Saturday, Jake Mangum picked up his 353rd hit to become the all-time hit leader in SEC history, passing LSU’s Eddy Furniss. The milestone moment came in the 2nd inning on a blooper that fell in between three UGA players along the first-base line.

After the game, Mangum reflected on his journey to this point.

“Man, it has been a long, long ride. It has flown by,” Mangum said after the game. “It seems like just yesterday, I was a freshman just trying to get in the lineup. It is crazy how quickly time goes by over the last four years. A lot has happened over the course of those four years, a lot of ups and downs. Things you didn’t expect happened, but you just have to stay in the moment. I can’t tell you how happy I am just to get [the record-breaking hit] over.”

Mangum has played for several coaches during his career at MSU, and in his first season in Starkville, head coach Chris Lemonis has seen the senior’s impact on the program.

“Everybody just took it in. Tip your hat, and let him enjoy the moment…I’m happy for him,” Lemonis said. “I’ve watched it this year and [he is] such a special player, the way he plays the game, and the way he gets a big hit. The bigger the moment, the bigger the hit. I felt like it would be today because he seems to get a big hit when it’s on the line, so it felt like it was on the line today.”

Mangum’s record was part of a great weekend for the Bulldogs, who jumped up to #6 in the country after the sweep, according to D1baseball.com.

After MSU was on the wrong end of a sweep last weekend, they beat Ole Miss in the Governor’s Cup and swept UGA. Next, they’ll travel to Texas A&M for a 3-game series that will begin on Thursday.

The Aggies were swept in Oxford over the weekend, and Ole Miss moved back up to #13 in the country as a result. Two of the three wins for the Rebels came in walk-off fashion, including Thomas Dillard scoring on a wild pitch in the bottom of the 9th inning on Saturday.