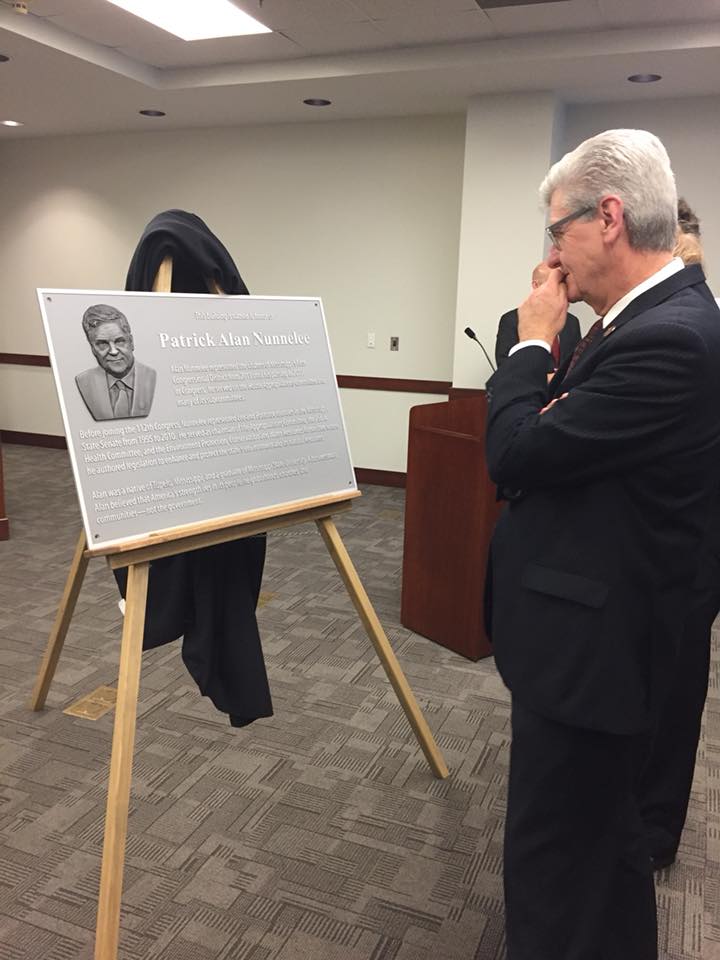 Governor Phil Bryant spoke at the dedication ceremony along with Speaker of the House Philip Gunn and Lieutenant Governor Tate Reeves.

“Alan would probably say that this is undeserved, ‘certainly there would be someone more appropriate to name this building after,’ not at all,” said Governor Bryant. “If it were up to me I would name the Capitol after him. If there was ever a man or a woman that walked through those doors of that Capitol that represented what we all believe was the best of the statesmen, the best of the members of the legislature, it was embodied in Patrick Alan Nunnelee.”

Nunnelee, who was from Tupelo, served in Congress from 2011 until his passing in 2015. Last year during the 2017 legislative session the Mississippi legislature passed a bill to name MDEQ’s building as the Patrick Alan Nunnelee Building in his honor.