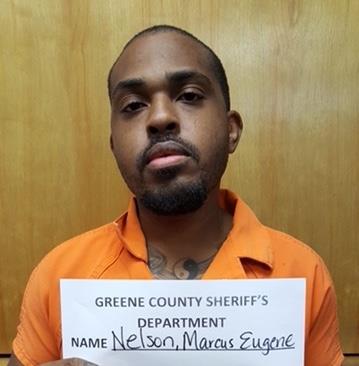 A South Mississippi Correctional Institution officer reported to work likely for the last time Saturday because of what he was carrying in his groin area – a bundle of contraband.

Tobacco, cellphones and cellphone accessories were found in the package removed from Marcus Nelson, a correctional officer who graduated May 28, 2015, from the department’s academy.

Nelson, 30, admitted to officers that he was bringing the tobacco and cellphones to two inmates who also are being investigated. In additional to being charged, he faces immediate termination.

“This officer has learned the hard way that no one is exempt from Operation Zero Tolerance,” Corrections Commissioner Pelicia E. Hall said. “I appreciate the officers who act when they observe that something does not look right. While I realize we will not rid the prison system of all contraband, I am determined to slow the flow, even if it means charging one of our own.”

Hall cautioned that this officer’s conduct is not indicative of the agency’s more than 1,000 other hardworking correctional officers who protect the public every day. “The fact that he was reported by his fellow officers reinforces that we have honorable officers,” she said.

Nelson was taken from the prison in Leakesville to the Greene County Jail and charged under state law 47-5-193, which prohibits any officer from furnishing an inmate with contraband items. Upon conviction, punishment is a minimum three years and a maximum 15 years in prison, a maximum $25,000 fine, or both.