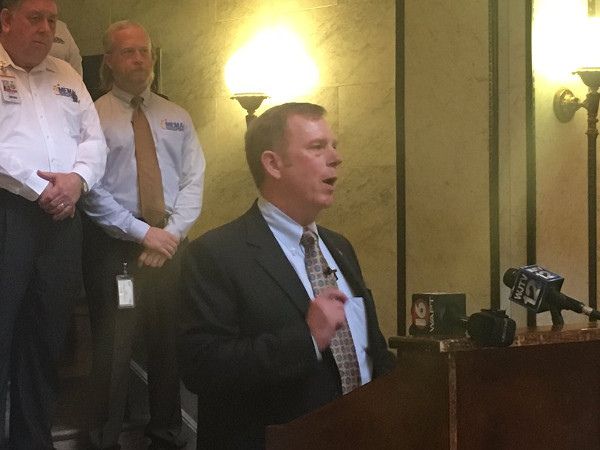 Executive Director Lee Smithson said the amount would cover the multitude of tasks the agency must complete to protect Mississippians.

“The Mississippi Emergency Management Agency doesn’t just sit around and wait for disaster,” said Smithson. “We have the Office of Recovery, Office of Response, Office of Preparedness and Office of Mitigation.”

One of the functions of preparedness, Smithson said, is preparing all shelters in Mississippi for those who may have disabilities or special needs.

“The Americans with Disability Act requires that all shelters.. must be ADA compliant,” said Smithson. “A shelter is required to be built to ADA compliance, but an empty strip mall may be made into a shelter. That means going in there and establishing wheelchair ramps, rails and all for access.”

Smithson said that MEMA has grown exponentially over the years, and that quick growth created budgetary issues down the road.

However, with the recent budget cuts and mid-year cuts that took place last year, Smithson said MEMA has started to prepare financially.

“We have an internal Rainy Day fund,” said Smithson. “The recent budget cuts made no impact.”

Because a budget cut for the 2018 fiscal year has not been suggested, Smithson was reluctant to discuss the impact, but said MEMA has taken strides to raise money.

Smithson said the $3.4 is on par with what would be needed.

“I can provide superlative service.. with $3.4 million.” Smithson said.