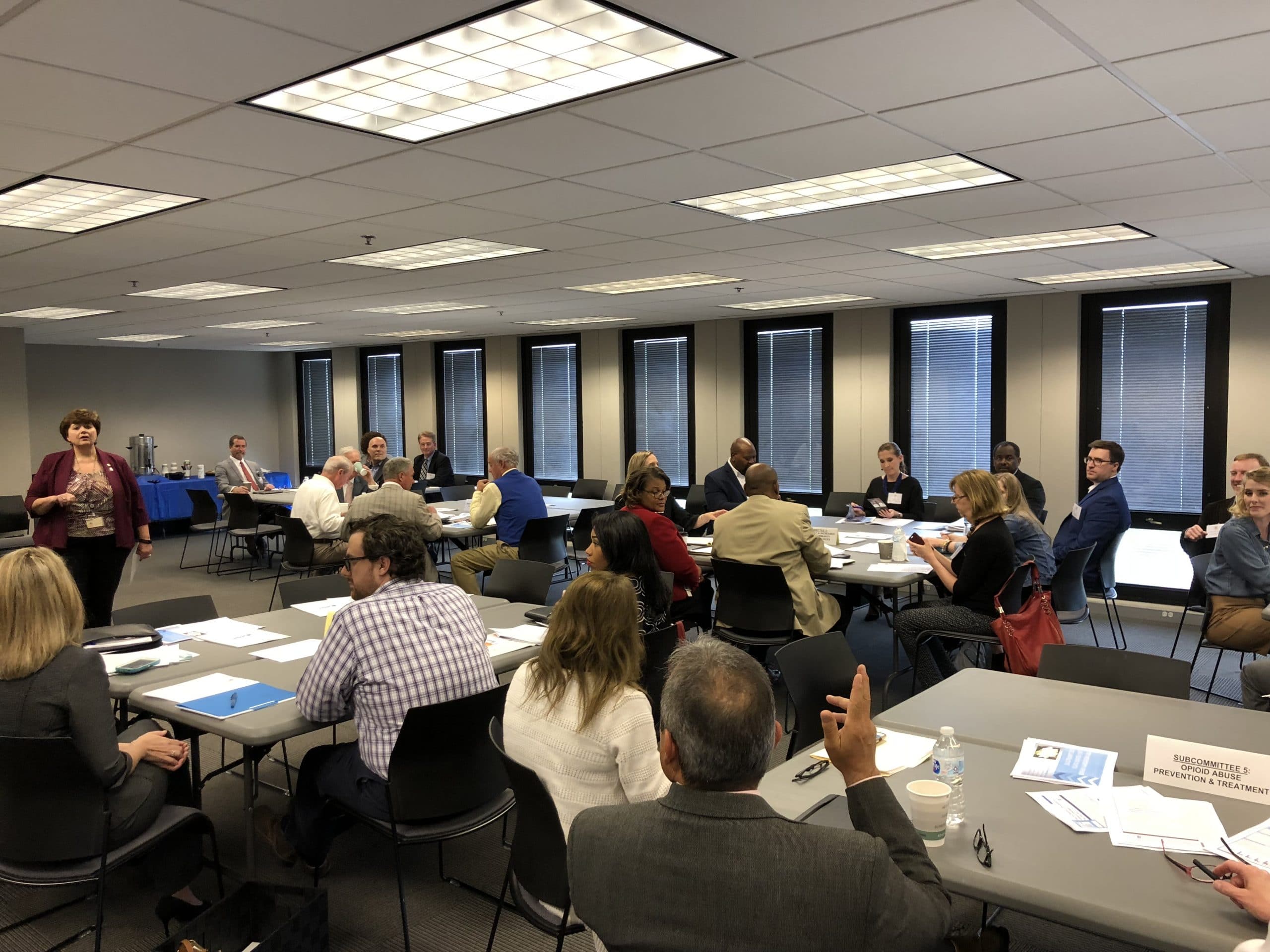 Earlier this week, the Attorney General’s Mental Health Task Force met as they continue to come together to find solutions to the pressing issues facing mental health in Mississippi.

Health care professionals from across the state were represented at the nearly four-hour meeting as they discussed how best to move forward. Paula Broome, Chief of the Bureau of Victim’s Assistance for the AG’s office, says that the more voices that are represented on the task force, the more they can achieve.

“We need the experts at the table. These are folks in the trenches. They’re the ones doing the work and working with the mental health issues and that population, the ones with addiction issues, so we look to them as the experts in the field and we want them all at the table. The best way we can move forward as a state is to hear from everybody,” Broome said.

In the interest of hearing from everybody, new institutions and departments are brought to each meeting for members of the task force to hear what they are working on as it relates to mental health in Mississippi.

The Department of Outreach’s presentation focused on several different campaigns that they have introduced regarding reducing the stigma around mental health and ensuring that no one feels ostracized by seeking help. These efforts include suicide prevention efforts, encouraging communication in schools, community integration for recovery efforts and several others.

The speaker from UMMC went through the competitiveness of programs that the school offers to students and that is becoming increasingly important to find ways to keep young health professionals, including psychiatrists, in Mississippi to assist with the mental issues that the state faces.

The Community Health Center’s presentation focused on the importance of funding as they aim to treat mental health patients in counties across the state. As the majority of their budget is made up of service fees, they are working toward solutions to ensure they can continue to operate if funds drop. The speaker noted that many patients are uninsured and cannot afford care, and that is one of the main challenges they face.

The MDOC’s presentation focused on how important it is for inmates who are set to be released to receive the proper mental health care so they can be set up to succeed when they return to their communities. The speaker also spoke of partnerships with communities, colleges and employers which aim to provide education and employment for those re-entering society, and how mental health treatment can aid in those partnerships.

Attorney General Hood attended the subcommittee meetings and said that tax cuts from the legislature have drastically affected the state’s ability to treat mental health patients.

“The house is burning down around us, and the legislature, they’ve done all of these tax cuts for out-of-state corporations and they’re not taking care of those in dire straits,” Hood said. “There’s a large group of people who have formed this working group to try and develop legislation and do some things that don’t require legislation to help navigate the mental health system and address the need for more people to have help available.

Funding remains a cause for concern, and Broome says that more money in the system would mean more bed spaces for individuals in need of assistance and more programs to attack the issue. Hood agreed and says that employment numbers have also been impacted and that nearly 630 jobs were cut from the Department of Mental Health.

“It goes back to these cuts, and these aren’t just fringe jobs. These people give services to the needy,” he said.

Hood says that the task force hopes to affect change despite no additional funding because he says they have the be “realists” as they attempt to find ways to streamline the process and address mental health in Mississippi.

The task force was created in October 2017, and the next meeting will be in July.