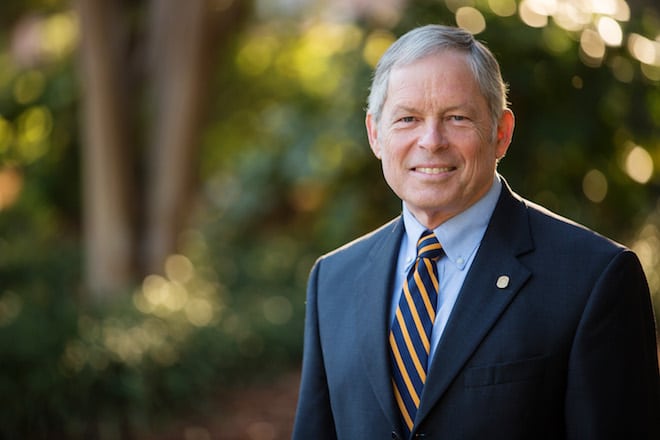 President Lee Royce will retire in May 2018 after 16 extraordinary years serving as MC’s leader.

The 65-year- old Miami, Florida native remains passionate about America’s second oldest Baptist college. It’s been evident since day one of his service in 2002. “We love MC and its people and have given our full devotion,’’ he stated in a message on August 7 to the university’s community.

Royce served as president at Baptist-affiliated Anderson University in South Carolina before becoming MC’s leader in 2002. At the time, enrollment stood at 3,200 students. Today, there are nearly 5,200 students enrolled, including more than 400 at MC Law in downtown Jackson. There were just nine international students when he arrived. In 2017, there are more than 300 students from nearly 40 nations as MC expanded its global outreach.

Dramatic gains in enrollment, financial successes, a facilities renaissance and strengthening of the institution’s Christ-centered mission were major cornerstones of his administration.

Lee and Rhoda Royce plan to move to Northern Virginia where their son, Mark Royce, is a college
teacher.