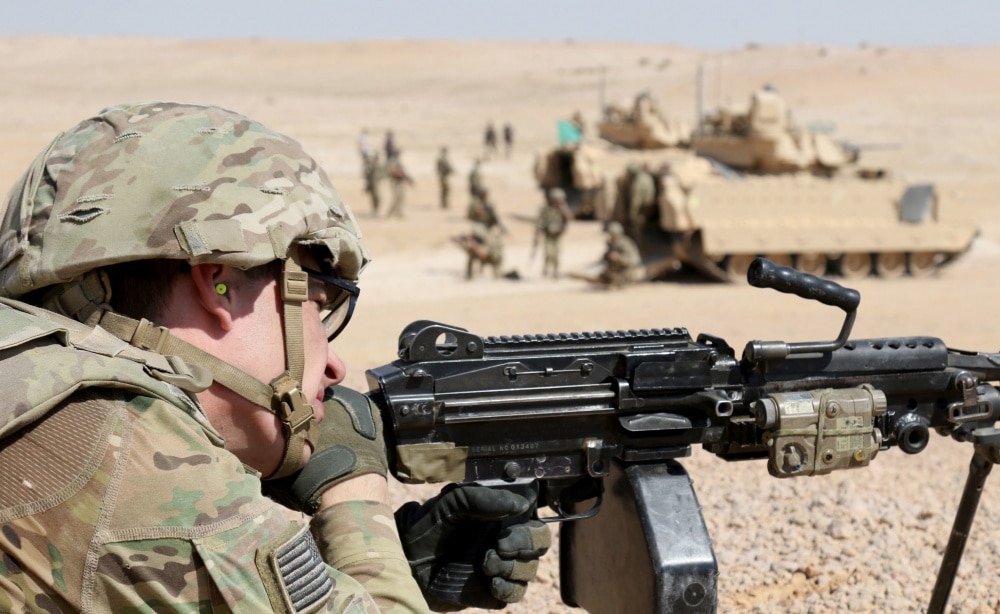 The brigade has been deployed to the Middle East since July of 2018 as a part of Task Force Spartan in support of Operations Spartan Shield and Inherent Resolve.

“I am so proud of this brigade,” said Col. Robert D. Ferguson, 155th ABCT commander. “The work we have done throughout the U.S. Central Command Theater has directly contributed to regional stability and enhanced the capabilities of our partners here in the Middle East.”

The 155th is the first National Guard ABCT to assume the Operation Spartan Shield mission.

“We have continued to exceed expectations,” said Ferguson. “Whether it was drawing more than 15,000 pieces of Army Prepositioned Stock or maintaining a force that was ready to ‘fight tonight’ if needed.”

Major General Janson Boyles serves at the Adjutant General for Mississippi’s National Guard and said when soldiers of the 155th return home, many will be searching for jobs.

The 155th brigade will conduct a transfer of authority at Camp Buehring, Kuwait in late March with 3rd ABCT, 4th Infantry Division, an active duty unit based out of Fort Carson, Colorado. The demobilization process is expected to take approximately 14 days with Soldiers returning to Mississippi upon completion. All 155th ABCT Soldiers are expected to be back in the U.S. by late March.