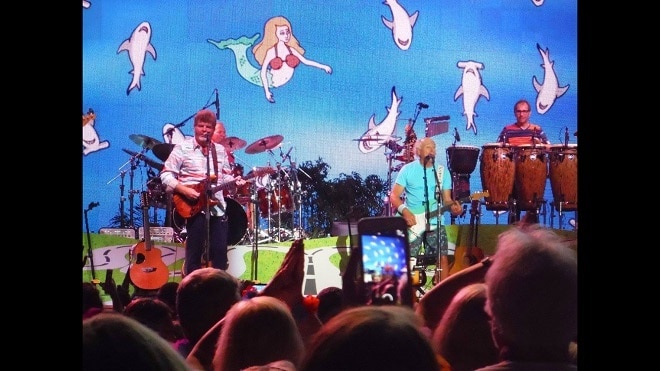 Mac McAanally, native of Mississippi, legendary Muscle Shoals musician, songwriter and producer says even though his home state gets a bad rap, there are life lessons and advantages to be had during hard times.

“When you come from a rural, agricultural-based community, you may have some economic disadvantages, but there’s some strong advantages because you understand how people need one another to get along. Mississippi has a natural advantage.”

The Grammy-award winning country singer/songwriter/producer has been a cornerstone of fellow Mississippi native Jimmy Buffett’s success, as well as that of country greats Sawyer Brown, Kenny Chesney and Toby Keith.

McAnally continued: “Just look at the talent coming out of Mississippi: it’s not hypothetical, it’s actual. We have a natural advantage as a creative people. We should be proud of it and brag about it.”

McAnally tours with Buffett’s Coral Reefer Band, and will be playing a two-man show at Duling Hall in Jackson this Friday night. McAnally will be joined with Coral Reefer percussionist Eric Darken.

In interview below, Mac McAnally talks about how growing up in Mississippi impacts his music writing and why he thinks Mississippi is home to so many great musicians.

Bees in America; nuisance or necessary?