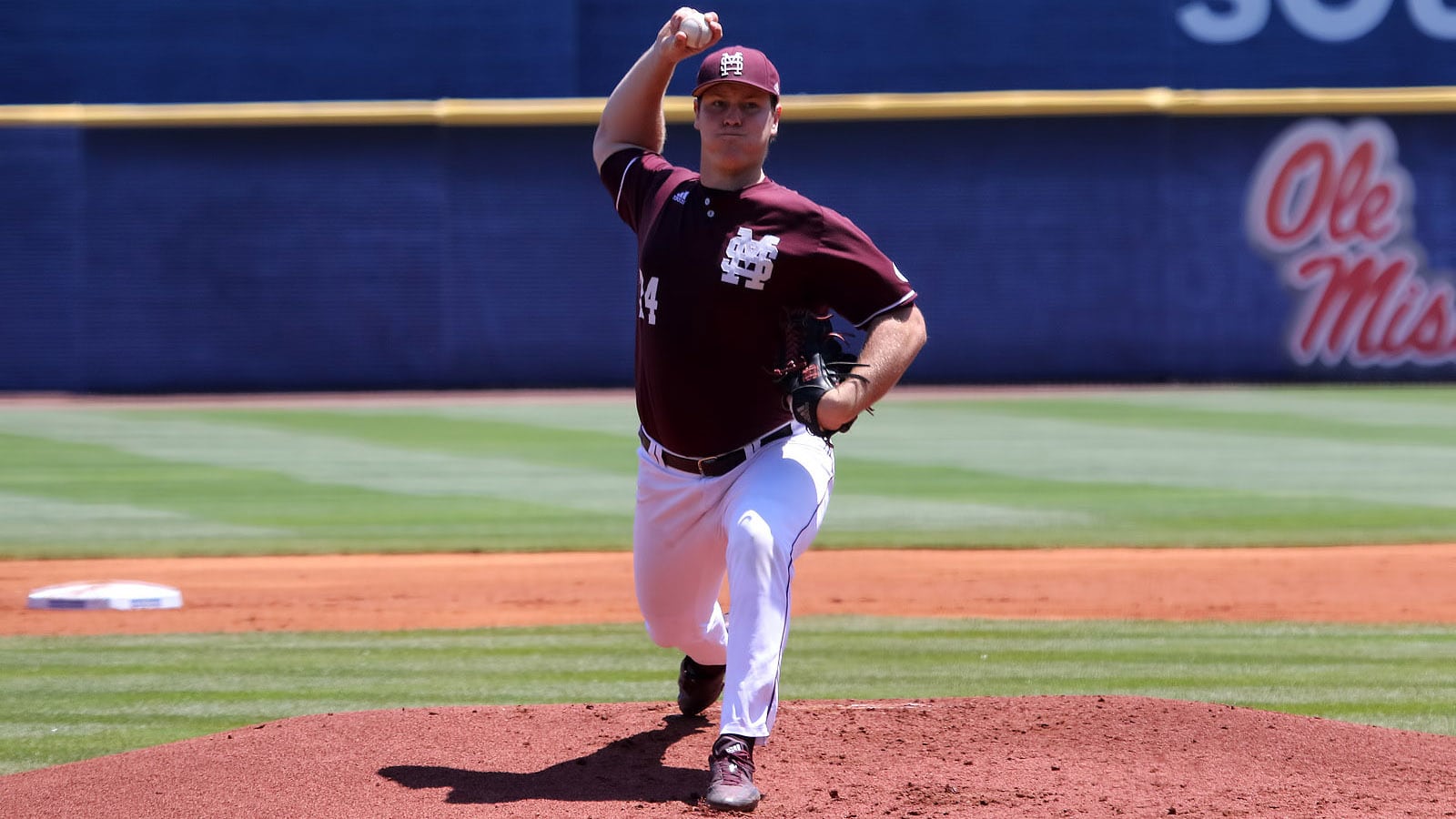 Mississippi State fell to the Florida Gators at the 12-3 at Hoover Friday.

Cole Gordon threw seven innings with just one run allowed but the  No. 5 seed MSU dropped a 12-3 decision to top-seeded Florida on the fourth day of the Southeastern Conference Tournament at Hoover Metropolitan Stadium.

The Bulldogs lost for the first time in the tournament. MSU scored twice in the ninth inning to beat Arkansas 4-3 in Thursday’s tournament play.

Riley Self followed and got a pair of strikeouts but was also touched for three hits and five runs (all earned). Trey Jolly followed but could not record an out as he walked the two batters he faced. Jacob Barton and Andrew Mahoney were also needed before the Bulldogs got out of the eighth inning.

Florida (42-15) erased a 3-0 deficit by scoring 11 times in the eighth inning with six base hits and six walks. The big blow was a two-run go-ahead single by Austin Langworthy. The game-tying run had been walked in, while the Gators also got a bases-loaded walk to force home an insurance run.

MSU (36-23) built its lead with single runs in the fourth, fifth and sixth innings.

In the fourth inning, Cody Brown reached on an error. Hunter Vansau followed with an RBI-triple. In the fifth inning, Josh Lovelady singled to start the frame. Lovelady advanced on a hit by Ryan Gridley and later scored on a wild pitch.

The next score came in the sixth inning when Hunter Stovall had a leadoff hit and later scored on a double by Vansau.

MSU finished with 12 hits. Stovall had three hits, while Gridley, Vansau and Elijah MacNamee each had two hits.

The Bulldogs will now take on Arkansas for the second time in this SEC tournament Friday night at 6:30pm.