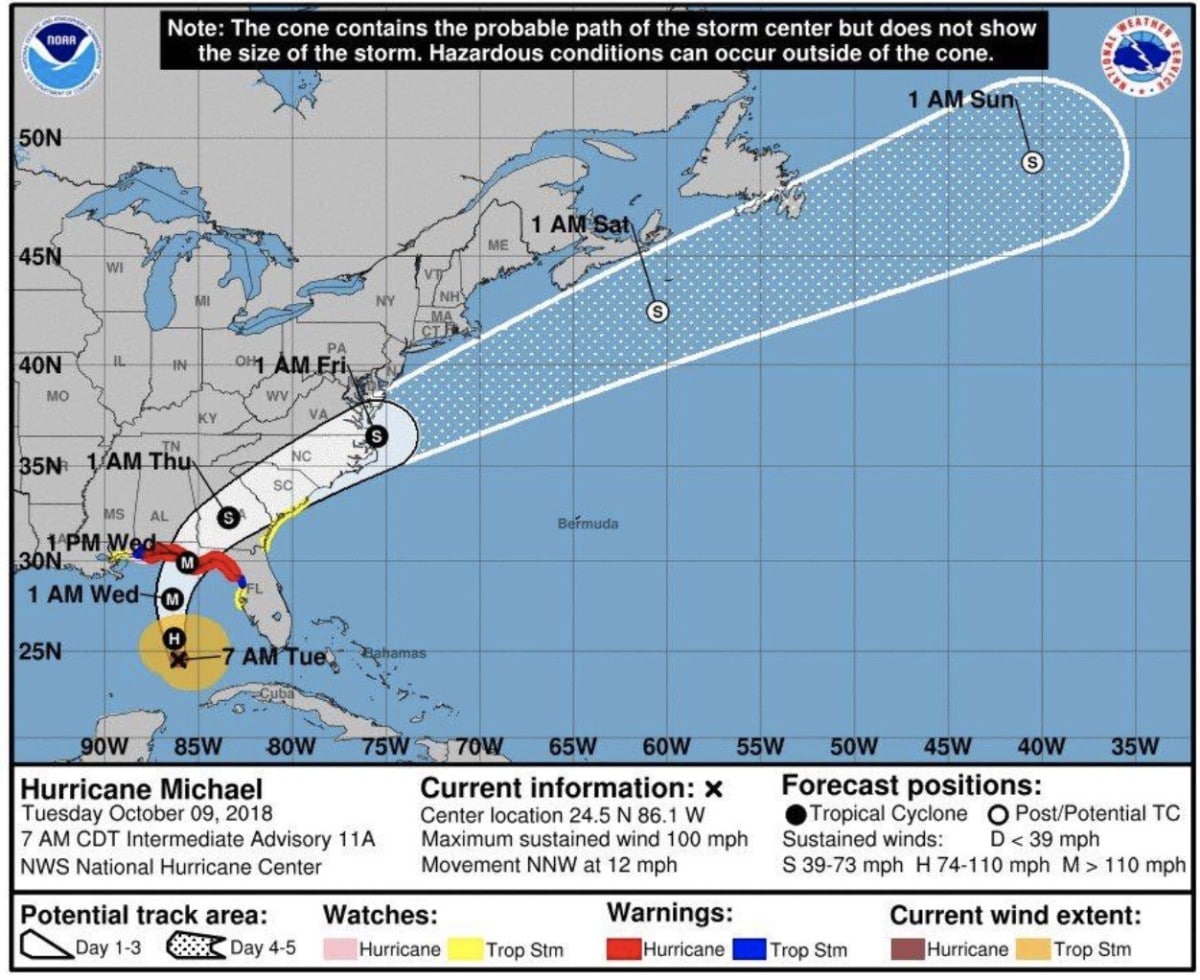 Hurricane Michael is continuing to gain strength in the Gulf of Mexico. At a Category two currently,  the storm is expected to hit Florida with a Category three hurricane that could produce winds upwards of 100 miles per hour.

Mississippi Emergency Management Agency Director Colonel Greg Michel said the storm is definitely a hurricane to stay aware of and not take for granted.

“This storm could do anything,” Michel said. “We all know that when it gets out in the Gulf of Mexico all bets are off. This cold front that’s coming in from the West, combined with the high-pressure system to the East is what is anticipated to drive this storm to the North Easterly coast, but as we all know, a little bit of change in that science and we could be in a different situation.”

Insurance Commissioner Mike Chaney said that in the event that Hurricane Michael does make a turn for Mississippi, residents should be prepared.

“We tell Mississippians to be prepared and be on alert, to have their valuables listed out, to have their insurance policies checked, and to be certain that they have enough money to live off of temporarily in case there is a surge and we lose power and they can’t get money out of an ATM,” Chaney said.