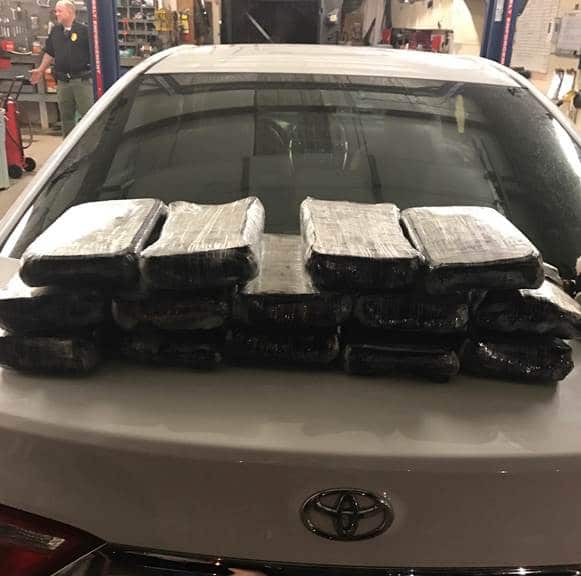 Over 38 pounds of Methamphetamine Ice was seized during a traffic stop in Rankin County.

After officers obtained consent to search the vehicle, it was transported to the Rankin County Sheriff’s Office Shop where officers found numerous plastic-wrapped bundles hidden in the vehicle.

Both the driver and the passenger were arrested for aggravated trafficking of methamphetamine and transported to the Rankin County Jail. No bond for either of the suspects has been set at this time.

The methamphetamine originated from Mexico and police said they believe the destination for the meth was the Jackson/Metro Area.