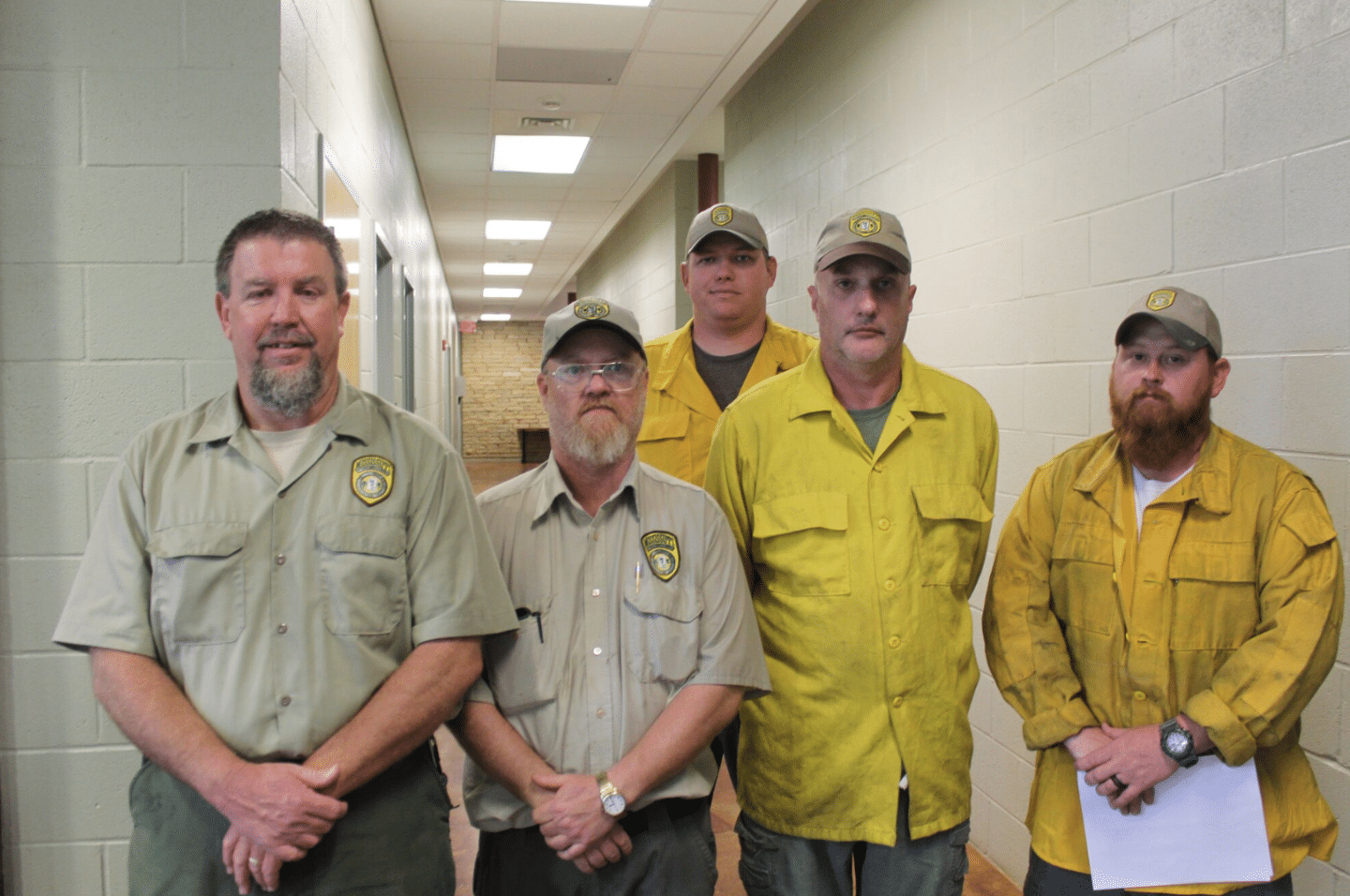 The Mississippi Forestry Commission (MFC) deployed two bulldozer strike teams with one Heavy Equipment Boss to Texas, where they will assist state and federal partners with wildfire suppression efforts. Five MFC Wildland Firefighters arrived in Abilene Texas this weekend. Their names will be released upon their safe return home to Mississippi in approximately two weeks. Several members of this group also served on the Texas and Oklahoma deployments last month.

“We appreciate our employees taking part in these efforts to help our state and federal partners in Texas – especially the ones going back out on detail so soon. Fighting the destructive power of wildfire means that our Wildland Firefighters are working in extreme conditions protecting people’s lives, homes, and forestland,” said Charlie Morgan, State Forester. “We are proud of their service and look forward to their safe return home in approximately two weeks.”

MFC Wildland Firefighters “fight fire with fire”. They create a fire line (aka fire break) by using bulldozers to plow through vegetation (down to mineral soil) around the perimeter of the wildfire, then they light a controlled backfire along the inner edge of the fire line to consume additional vegetation – this lack of “fuel” for the wildfire creates a barrier to slow or stop the spread of the wildfire. However, their job is not yet finished – even after containment has been reached, wildland firefighters continue to monitor the area. Since the wind can spread hot embers across fire lines, new spot fires may occur as far away as one-half mile from the original wildfire that must be suppressed. Depending on the size, location, wind conditions, and intensity of the wildfire it may have to be monitored anywhere from several hours to several days to make sure the wildfire is no longer a threat to life, property, or forestland.

White: Infrastructure “a huge failing on us as state leaders”