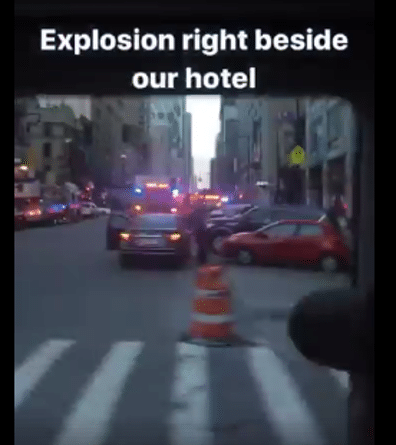 Yesterday in New York a pipe bomb went off in an underground tunnel on 42nd and Eight Street avenue.

Carter Mascagni from Flora, Mississippi was visiting New York during the time of the bombing Monday morning.

Mascagni said that he was staying at the hotel right next to the location where the bombing happened.

Three bystanders and the suspect, 27-year-old suspect Akayed Ullah, were injured when the pipe bomb went off.

Law enforcement officials said Ullah had a pipe bomb strapped to him, which went off in the subway near Times Square.

Bomb Threats to Schools Across The State