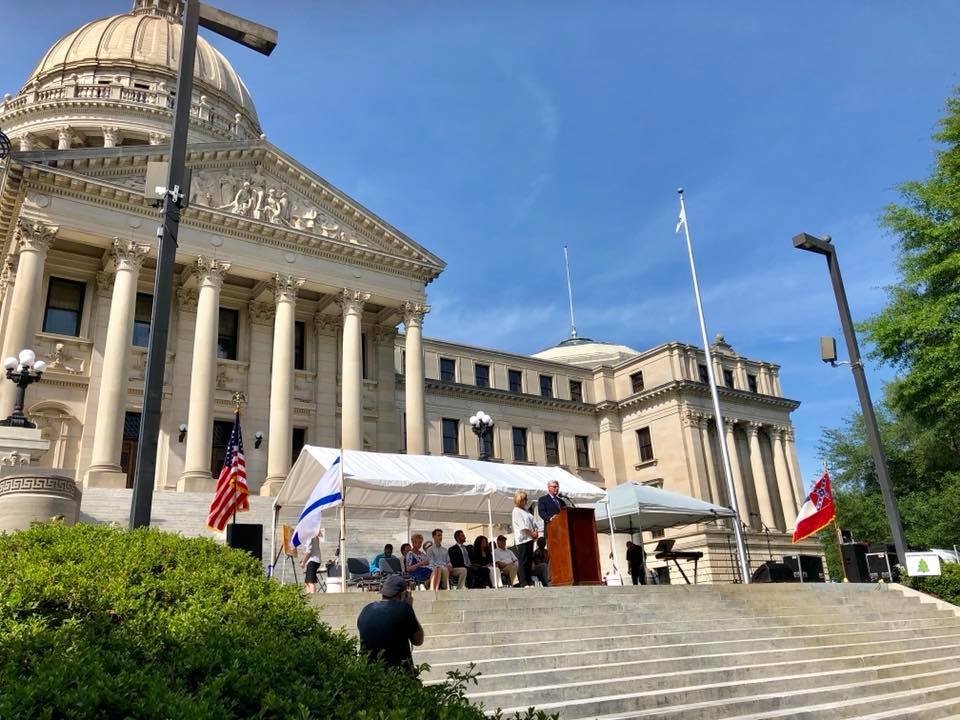 “It’s a declaration to the nation to realize that the only hope we have moving forward is the hope that we can ask God to not only bless us but looking forward to really think about where we are as a nation and how we can get back to not only asking God to bless us but how we can get back to being a blessing to him,” said Larry LeBlanc Senior Pastor of First Baptist Church in Summit, Mississippi.

In addition to various ceremonies held locally across the state, Mississippi’s state leaders gathered on the steps of the Mississippi Capitol to pray for the state and the nation.

Lt. Gov. Tate Reeves shared a tweet from Rev. Franklin Graham asked Americans to pray for their state and nations leaders and ask for unity.

This #NationalDayofPrayer, let us remember the power of God’s love as we pray for our state and nation. I appreciate those who are gathered in faith on the steps of the state Capitol today. https://t.co/CeepBoVaOj

U.S. Senator Cindy Hyde-Smith shared a video asking people for their prayers as she works to represent Mississippians.

“We are stronger and more unified as a nation when we pray together. I sincerely ask for your prayers for our country and for all of the things we are going through,” said U.S. Senator Cindy Hyde-Smith. “I ask for God’s guidance to give me strength and wisdom as I represent the people of Mississippi. #NationalDayofPrayer“